49—Romanus the Melodist: Through Hymns, with Hymns, in Hymns (Mike Aquilina)

St. John Chrysostom—Homily 46 on the Gospel According to St. John: Bread of Life, Mystery of Faith (James T. Majewski)

Cardinal Turkson: Biden should not be refused communion. Say what? (Dr. Jeff Mirus)

The Family Rosary: A Month for Renewal (Jennifer Gregory Miller)

Memorial of St. Teresa of Jesus, Virgin and Doctor of the Church

St. Teresa (1515-1582) was born in Avila and died in Alba, Spain. When only a child of seven, she ran away from home in the hope of being martyred by the Moors; in this way, she said she could come to see God. At the age of eighteen she... More

Check this space throughout today for emerging news headlines and commentary.

The bold speech of Bishop Schneider (Phil Lawler)
Do not be accomplices to abortion, Pope tells Italian pharmacists
100 incidents of vandalism reported at Catholic sites in US since May 2020
5th Circuit reinstates Texas heartbeat abortion ban while appeal is pending
Pope Francis: ‘I will never tire of upholding the dignity of work’
Pope lauds ‘ambitious goal’ of eliminating hunger
Children have suffered most from lockdowns, Vatican diplomat says
Papal visit to East Timor contingent on vaccination rates?
Vatican-backed abuse research institute expands mandate
Latino Catholics are among the most vaccinated religious groups
Parents still interested in schools with Catholic ethos, Archbishop of Dublin says
English bishops call for 9 days of prayer to defeat attempt to legalize assisted suicide
Most US churches not pushing vaccines, poll finds
Nigeria working to persuade terrorists to abandon violence
Prelate discusses mission, work of Pontifical Council for Promoting the New Evangelization
8 years after abduction, new Orthodox archbishop named in Aleppo
See more news from CWN and other outlets

Thursday of the Twenty-Eighth Week in Ordinary Time; Optional Memorial of St. Callistus I, Pope and Martyr

A Christian slave of Rome, Callistus was ordained deacon by Pope St. Zephyrinus, whom he succeeded as pope in the year 217. As deacon he was guardian of the Christian cemetery on the Appian Way which is still known by his name. While he... More 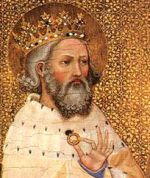 Wednesday of the Twenty-Eighth Week in Ordinary Time

According to the previous liturgical calendar (1962), today is the feast of St. Edward (1003-1066), called the Confessor, was the grandson of St. Edward, king and martyr, and became king of England at the age of forty-seven. As king he... More

Bl. Carlo Acutis, a Catholic Italian teenager who died in 2006, was beatified on October 10, 2021, in Assisi. Acutis, a gamer and computer programmer who loved soccer and the Eucharist, has been the subject of interest around the world.... More 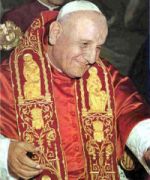 Today is the feast of St. John XXIII, pope from 1958-1963, best known for convening the Second Vatican Council. He was beatified by Pope John Paul II on September 3, 2000. His feast is assigned to the day on which the first session of... More

St. John Chrysostom—Homily 46 on the Gospel According to St. John: Bread of Life, Mystery of Faith (James T. Majewski)

And Jesus looking upon him loved him, and said to him, "You lack one thing; go, sell what you have, and give to the poor, and you will have treasure in heaven; and come, follow me." At that saying his countenance fell, and he went away... More 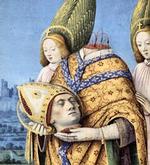 St. John Leonardi (1543-1609), a zealous Italian apostle, founded the congregation of the Mother of God, whose priest-members traveled throughout Tuscany urging the people to a stronger interest in their religion. Fr. John Leonardi longed... More 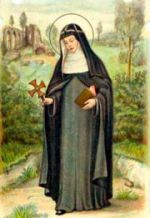 Friday of the Twenty-Seventh Week in Ordinary Time

According to the previous liturgical calendar (1962), today is the feast of St. Bridget of Sweden, widow. It is also the commemoration of Sts. Sergius, Bacchus, Marcellus and Apuleius, Roman martyrs. St. Bridget is celebrated on 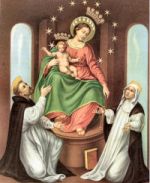 The feast of Our Lady of the Rosary was instituted to honor Mary for the Christian victory over the Turks at Lepanto on October 7, 1571. Pope St. Pius V and all Christians had prayed the Rosary for victory. The Rosary, or the Psalter of... More

St. Bruno was born in 1030 in Cologne, Germany. He became a priest and achieved fame as a professor of theology at Rheims. He decided to leave the world and pursue a life of complete solitude and prayer. He established his hermitage in... More 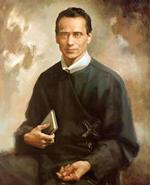 Born in Füssen, Germany in 1819, Bl. Francis Xavier Seelos entered the diocesan seminary, and, coming to know the charism of the Congregation of the Most Holy Redeemer, joined it and was sent to North America. Ordained a priest in 1844,... More

The Family Rosary: A Month for Renewal (Jennifer Gregory Miller)