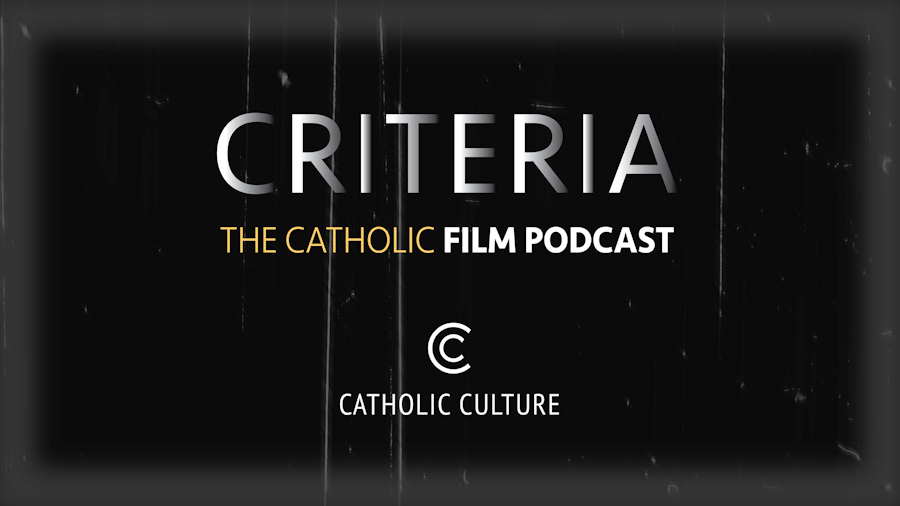 Participate in film discussions at https://www.facebook.com/groups/CatholicPods.

A Quiet Place Part II is a more straightforward horror film than its predecessor, with less emotional weight, but it delivers well-executed suspense and action while faithfully carrying forward the first film's themes of themes of family and self-sacrifice.

James and Thomas interview Sixtine Leon-Dufour, writer of the new Lourdes documentary, one of the best religious films in recent years. She discusses her background caring for the sick at Lourdes, how she convinced the Lourdes authorities to give secular filmmakers unprecedented shooting access to this holy place, how a documentary about a Marian pilgrimage got the support of a large French secular film studio and became a big success, showing the inner life of those who come to Lourdes, and more.

A new documentary on Lourdes, originally released in France in 2019, is now in theaters in the US. It is intensely moving and one of the best religious films in recent years. Written by a Catholic who used to care for the sick at Lourdes, it is an inside look at the spiritual but also deeply human needs and aspirations that lead people to this place of miracles.

There are a few films on the Vatican film list James and Thomas haven't been looking forward to watching. Among them is Richard Attenborough's Gandhi, and our dread was due to the suspicion that this film, certainly negligible in its historical importance as a work of cinema, was included mainly because Vatican bureaucrats of a certain age are apt to confuse Mohandas K. Gandhi with a Catholic saint.

Federico Fellini's 8 1/2 is widely considered to be the best film ever made about filmmaking, but it's about much more than that. Ingenious cinematography and surreal images convey the experience of a man who is increasingly lost in his own memory and fantasy, and so finds himself unable to have real relationships with the people in his life or to bear fruit as an artist.

In honor of Pope St. John Paul II's birthday, we discuss the 2005 film about his life starring Cary Elwes as young Karol Wojtyla and Jon Voight as the Pope. One of the strengths of the film, made within a few months of the saint's death, is its portrayal of John Paul II's Polishness and how it influenced him as a world leader. Other aspects of the film are outdated in light of what we know today, such as its sunny portrayal of the Vatican and the Curia.

The sixth episode of Kieslowski's Dekalog series inspired by the Ten Commandments deals with a characteristically modern form of adultery: voyeurism.

Crucifixion of a Parish Priest: Calvary (2014)

A good priest is threatened with death for the sins of an evil one. He has one week to prepare. That is the simple premise of Martin McDonagh's 2014 film Calvary, starring Brendan Gleeson. This portrait of a heroic but very human priest illuminates the crucifixions, mundane or dramatic, faced by good parish priests everywhere, but especially in post-Catholic cultures such as Ireland, in which the film is set.

In 1962, inspired by Pope St. John XXIII's outreach to non-Christian artists, a gay communist picked up the Gospels and ended up making a film about Jesus. This might make you nervous, but one thing with which you can't charge Pier Paolo Pasolini is taking liberties with his source material - the dialogue in The Gospel According to Matthew is drawn entirely from that book of the Bible.

The Chosen, an Education in Meditation

In anticipation of Season 2 of The Chosen, the popular TV series based on the Gospels, Thomas and James take a look back at Season 1 and what made it so remarkable. They are joined by Oratorian Br. Joshua Vargas. The show’s two greatest strengths are its writing, which James calls “an education in meditation on the Gospels”, and Jonathan Roumie’s outstanding, childlike yet masculine performance as Jesus, which Joshua considers “equally as compelling” as Jim Caviezel’s.

"The aim of art is to prepare a person for death, to plough and harrow his soul, rendering it capable of turning to good."

Dersu Uzala is a heartwarming adventure tale about the unlikely friendship between a man of civilization and a man of the wilderness. On a mission to map the Russian Far East, Arseniev encounters Dersu Uzala, a hunter and member of the Goldi people, from whom he learns much about the strange courtesies of life in the wild, based on a respect for all beings. But while this heartfelt friendship is not defeated by profound cultural differences, neither can it fully overcome them.

There is only one American film in the "Religion" section of the Vatican film list: William Wyler's 1959 epic Ben-Hur: A Tale of the Christ. Its epic scale and its astonishing set pieces such as the sea battle and the chariot race make the small, understated moments when Jesus enters the story all the more striking. Thomas and James are joined by Catholic art historian and Rome tour guide Elizabeth Lev to discuss the film.

Literalism vs. Reality in The Mandalorian

We enjoy The Mandalorian more than any other recent Star Wars productions. But its second season sometimes doesn’t trust us to suspend our disbelief in certain respects, while elsewhere expecting us to accept, on ideological grounds, things that are unbelievable even in its fantasy setting. This prompts a discussion of the difference between the suspension of disbelief and unreality in a fantasy setting.

A Short Film About Killing—Dekalog: Five (1988)

This film makes us confront on a visceral level the horror of taking a human life, even the life of someone we might find despicable. It is the fifth installment of Dekalog, the famous Polish TV series inspired by the Ten Commandments.

In Mel Gibson's countercultural Chris Cringle we have a father figure who understands and compassionates the childhood wounds of his adversaries, yet insists that wicked deeds require retribution both for justice's and for the evildoer's own sake.

The Machine-Whore of Babylon: Metropolis (1927)

Almost one hundred years ago, the great German director Fritz Lang offered us a beautiful yet nightmarish vision of a world strangely similar to our present. Society is unimaginably prosperous yet produces mass misery. There is a sense of an end coming for Babel.

The Abdication of Fatherhood—Dekalog: Four (1988)

A father is challenged to definitively embrace his paternal role as authority and protector, lest his already ambiguous relationship with daughter be perverted into something truly monstrous.

Krzysztof Kieślowski's DEKALOG (1988) is a series of 10 short films inspired by the Ten Commandments. With this episode we discuss the third film in the series, which deals with the third commandment: "Remember the Sabbath day, to keep it holy."

Alec Guinness stars in this 1951 heist-comedy that stands apart as perhaps the most purely entertaining film included on the Vatican Film List.

Vie et Passion du Christ (Life and Passion of the Christ) is is one of the earliest feature-length narrative films, produced and released in 1903. The film portrays the events of the Gospels - from the Annunciation to the Ascension - employing only visual language (it is a silent film, with inter-titles used only to introduce the scene titles).

James and Thomas discuss Krzysztof Kieślowski's DEKALOG, a series of 10 short-films inspired by the Ten Commandments.

Our first response to the new feature film based on the events surrounding Our Lady of Fatima's appearance in 1917.

A Prison Is For Escaping: La Grande Illusion (1937)

James and Thomas discuss Ingmar Bergman's WILD STRAWBERRIES, one of his greatest and most moving films.

James and Thomas discuss Krzysztof Kieślowski's DEKALOG, a series of 10 short-films inspired by the Ten Commandments.

James and Thomas take a momentary departure from the Vatican Film List to discuss the classic and controversial film, Gone with the Wind.

Robert Bolt’s Man for All Seasons: Christian saint or “hero of selfhood”?

In this bonus episode of Criteria, Thomas asks Louis Karlin whether Robert Bolt’s play and film A Man for All Seasons accurately depict St. Thomas More’s views on the rights of conscience, and his motives for martyrdom.

James and Thomas discuss A Man for All Seasons, the film adaptation of Robert Bolt's award-winning play about St. Thomas More.

James and Thomas discuss Babette's Feast, an Oscar-winning religious classic directed by Gabriel Axel and based on a short story by Karen Blixen.

Introducing Criteria: The Catholic Film Podcast! This is a show dedicated to exploring films of significant artistic merit and Catholic interest, starting with the Vatican’s 1995 list of "Some Important Films".