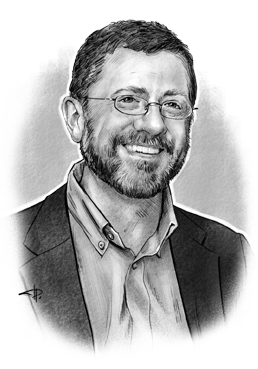 Showing most recent 25 items by this author.

by Mike Aquilina | Wednesday | Way of the Fathers (Podcast)

Ep. 24—Athanasius against the World

The world awoke to find itself heretic, but one man would not accept the situation. Athanasius stood fast against emperors, bishops, and even synods of bishops. He reigned as bishop for 45 years, but 17 he spent in exile. He was exiled five times at the orders of four different emperors. As the fortunes of Nicaea waxed and waned, he had many close calls and brushes with death. His life was a breathless adventure for orthodoxy’s sake. And he prevailed.

Alexander can't say he wasn't warned. His predecessor as bishop of Alexandria, Peter, had told him not to trust Arius. But Alexander ignored the advice. Then Arius went into open rebellion, and then his heresy spread throughout the world. And then Alexander had to act decisively, arguing strongly against the Arian heresy and prevailing at the Council of Nicaea in 325.

Ep. 22—Anthony of the Desert: The Solitary Celebrity

Through one man’s witness, monasticism took the world by storm. Anthony of Egypt became history’s least probable celebrity. He gave up his money and possessions. He couldn’t read or write. He fled to the desert to be alone with God. Yet he drew disciples wherever he went. His desert became a city populated by monks and hermits. Philosophers and emperors sought his sage advice. In the course of his life he exercised a profound influence on the history of religion.

Ep. 21—Lactantius: The Fall and Rise of the Christian Cicero

He was the greatest rhetorician in the Latin-speaking world. Born in North Africa, Lactantius was summoned to serve at the imperial court. He converted to Christianity and, with the persecution of Diocletian, lost his job and lived in poverty. He continued writing to strengthen the faithful. With the rise of Constantine and the legalization of Christianity, he was restored to glory. In his writings we have a unique eyewitness account of one of history's most important transitional moments.

It's hard to be an intelligent Christian without handling Origen's ideas. He set the ground rules for scientific study of the Bible. He wrote foundational works in spirituality, apologetics, and fundamental theology. In this episode we look at those big accomplishments, but also examine the ideas that got him into trouble. Do souls exist before they get bodies? Does Satan get saved in the end? Does allegory trump history when we read the Bible? And did Origen really say all these things anyway.

by Mike Aquilina | Jul 8 | Way of the Fathers (Podcast)

Ep. 19—Origen: The Most Controversial Christian Ever?

Origen of Alexandria was one of the most important figures in Christian antiquity — and also one of the most complicated. He was widely influential and widely despised. He wrote thousands of books and invented several academic disciplines, including scientific biblical studies, fundamental theology, and spiritual theology. Toward the end of life he endured tortures rather than deny the faith; and he died a hero’s death. This is the first of two episodes on his life and work.

Ep. 18—The Short, Happy Life of Cyprian of Carthage

Before his conversion, Cyprian had been wealthy and successful, but miserable and addicted to drink. With his baptism came a complete transformation. Within a year he was ordained a priest. In two years he was bishop over all of North Africa. His years in office were a time of unprecedented crisis. His Church faced persecution, pandemic, catastrophic climate change, and famine. He managed all with grace and won his prominent place in history before dying as a martyr.

Ep. 17 —The Long, Strange Trip of Hippolytus of Rome

He started as a papal critic, became history's first antipope, and today is honored — with the pope he rejected — as a saint whose feast day is universal. Go figure. Hippolytus of Rome is one of the great curiosities of early Christian history. In ancient times he was known for his encyclopedic books of theology, which became standard reference works in the centuries to follow. The Church revived his Mass prayers in the last century, and they're still in use today.

Ep. 16—Clement of Alexandria: The Teacher in a New Kind of School

As the second century turned to the third, Alexandria, in Egypt, emerged as an influential center of Christian thought. Its first impression was spectacular — and it came from a teacher named Clement. He had traveled the Mediterranean to study under the greatest Christian teachers and finally settled in Alexandria. Eventually he came to lead the city's catechetical school. Any Christian who has pursued a life of prayer in the Christian tradition has encountered ideas developed by Clement.

Perpetua is almost unique in the literature of her time. She stands alone as a witness to women's experience in the third century — and the changed status of women in the Church. A Christian martyr, she kept a diary while in jail. There she wrote of pregnancy, birth, breastfeeding, and weaning. In prison she emerged as a charismatic leader of her fellow Christians. Her diary is an extraordinary record, and it is a beautiful meditation on Christian life.

Thank Tertullian of Carthage for his role in forming a distinctively western Christianity. He gave us words in our own language to express the inexpressible: words like Trinity and Sacrament. He also introduced the world to the idea of freedom of conscience. Our civilization rests on his ideas.

Ep. 13—Tertullian and the Theology of Sarcasm

Sarcastic, bombastic, and brilliant, Tertullian of Carthage may be the most entertaining of the Church Fathers. He also did more than anyone else to launch theology in the Latin language. His life and his work were provocations to his opponents — who included many pagans and more than a few Christians. Learn about him (and the fascinating world of early North African Christianity) in this episode.

Ep 12—Minucius Felix and the Great Novel of Antiquity

Marcus Minucius Felix is one of the greatest writers you never heard of. His “Octavius,” written in the late second century, is a work of fictionalized memoir set in the resort town of Ostia. Three friends go to the beach, and in a day of walks and conversation one of them leads another to conversion. It is the most deeply human study we have of the  early Christians, describing the feel of the ocean breezes and the sand between their toes — and the best arguments for believing.

Episode 11—Melito and the Parting of the Ways

He was a prophet living altogether in the Spirit. He was a second-century apologist, able to elucidate the doctrine of Christ for the understanding of strangers. He was a bishop, so he spoke with hierarchical authority. For us, though, Melito of Sardis is most valuable for the Paschal liturgy he left us. It is an important witness to Jewish-Christian relations at a crucial time in their development. His Peri Pascha serves well for the Lenten-Easter seasons and for a lifetime.

Episode 10—Irenaeus of Lyons: Putting the Smack Down on Heresy

In the late second century the Church suffered an infestation of heresies — many of them, and they kept changing their claims. Into the fray God sent the great pioneer of anti-heretical literature, Irenaeus of Lyons. The title of his best known work says it all: Against Heresies. Irenaeus’s tools range from logic to parody. He put the smack down on some strains of heresy, and they stayed down for centuries.

Episode 9—Justin Martyr: Everything Good Is Ours

"Whatever things are rightly said are ours." Justin looked at creation and saw Christ. He looked into the mind of Plato and found a Christian, born centuries before his time. Speaking with Romans, speaking with Jews, he sought the good in his adversaries’ best ideas and showed that the good belonged properly to Christ and Christians. He showed us how to be fearless in the face of ideas, and fearless even in the face of death.

Episode 8—Letter to Diognetus: Intro to the Apologists

Forget the Dale Carnegie course. Here's how to win skeptical friends and influence pagans. Read the second-century Letter to Diognetus. The author's name is lost to history, but his warm, winsome overture still stands as a model of apologetics, the art of explaining and defending the faith. It's good reading, praised by saints and popes for centuries.

by Mike Aquilina | Jan 7 | Way of the Fathers (Podcast)

The Shepherd of Hermas is the strangest text from the Church’s earliest period. It’s at once a conversion story and a first-person account of heavenly visions. It’s a poem in prose and a guidebook for morals. It exercised a powerful influence in the early centuries of Christianity, especially on the practice of the sacrament of penance.

On the Apostolic Fathers: An Interview with M.J. Thomas

A bit of back and forth about the Apostolic Fathers: Mike Aquilina's interview with Dr. Matthew J. Thomas, who teaches at the Dominican School of Philosophy and Theology in Berkeley, California. Dr. Thomas is author of “Paul’s ‘Works of the Law’ in the Perspective of Second Century Reception.” He earned his doctorate from Oxford.

Episode 6—What’s in a Name? Anonymous Texts from the Early Church

The work of the early Church was largely done by Christians whose names we’ll never know. In fact, many of the most important documents from the first and second centuries have unknown or uncertain authorship. In this episode we examine some of those fascinating documents — the Didache, the Letter of Barnabas, and Second Clement — and we pay homage to our great (though nameless) ancestors in the faith.

St. Polycarp was a man with many connections. He knew the Apostle John, Ignatius of Antioch, Irenaeus of Lyon, Pope Anicetus, and the arch-heretic Marcion. He also sought the company of many elders who had heard Jesus and witnessed the Lord’s miracles. Polycarp led a long and fascinating life, and he died a martyr’s death. In this episode we tell his story through his many relationships — his social network in the infant church, which like an infant child was rapidly growing in 150 A.D.

Episode 4—Ignatius of Antioch: To Know “Jesus Christ Our God”

Ignatius of Antioch is the first of the Fathers to leave us abundant writings. His seven letters were written in 107 A.D. as the aged bishop traveled to his appointed death in Rome. They give witness to many of the early Church’s beliefs and practices: Jesus’ true humanity and true divinity; his real presence in the Eucharist; and the Church's hierarchy of bishop, priest, and deacon. The host of this podcast, Mike Aquilina, confesses Ignatius to be his favorite among the Fathers.

Episode 3—Clement of Rome: The Earliest Christian Author after the Apostles

Clement of Rome led a church in turmoil. And it was only 67 A.D. His letter is the earliest piece of literature outside the New Testament whose author we can name with confidence. Clement knew both Peter and Paul and carried their mission forward. His letter gives a snapshot of earliest church life and reveals the origins of apostolic succession, Roman primacy, and the unity of the Old Testament and the New. It was considered Scripture in some ancient churches.

Episode 2—The How & Why of Studying the Fathers

What drives people to read the Fathers? They’re delightful to read. They fill us with hard-won wisdom. They’re apologetically useful. They inspire conversions. They tell riveting, dramatic stories. They teach us how to keep a good sense of humor. Best of all, they draw us closer to Jesus Christ. Over the centuries they've changed the lives of Christians as great as John Henry Newman, Erik Peterson, Louis Bouyer, Robert Louis Wilken. Hear about it in this podcast.

Episode 1—First Steps on the Way of the Fathers

With this episode author Mike Aquilina begins his twice-monthly series on the lives, times, and works of the early Church Fathers. The Way of the Fathers begins with answers to basic questions. What is fatherhood? And who are the...