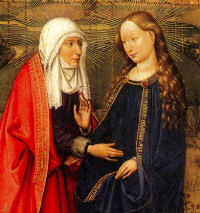 According to the 1962 Missal of Bl. John XXIII the Extraordinary Form of the Roman Rite, today is the feast of the Queenship of the Blessed Virgin Mary and St. Petronilla. The feast of the Queenship of Mary is now celebrated in the Ordinary Rite on August 22.Aurelia Petronilla was guided in the Faith by St. Peter, the first pope. She died three days after refusing to marry a pagan nobleman, Flaccus. There is no historic proof that she was martyred, but an early fresco clearly represents her as a martyr. Her feast is no longer on the calendar.


The Visitation
And Mary rising up in those days went into the hill country with haste, into a city of Juda. [Lk. 1:39] 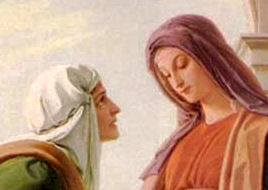 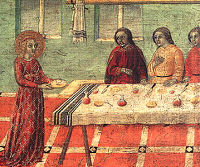