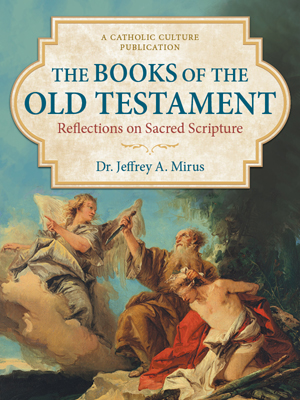 The Books of the Old Testament

In the Spring of 2017, the author began to reread the Old Testament in order to note down the particular insights about each book which occurred to him as he entered the fullness of what Scripture calls man’s three score and ten. As the project continued, he began to write up his reflections and post them on CatholicCulture.org. The response being favorable, this grew into the project of commenting briefly on each book of the Bible. Two years later, the Old Testament has been completed, and there has been enough positive feedback to make the collected essays available as an ebook—offered in the hope that others too will find additional insights into God’s ways with the sons and daughters He so dearly loves.