Analysis of Human Trafficking and Slavery Around the World

The first of a sixteen part series on human trafficking and slavery. The author conducted numerous interviews and was granted the use of copyrighted pictures by U.S. Ambassador John R. Miller as well as by two NGO Directors. The plight of human beings at the hands of the slave lords is a deporable situation and this special analysis with the aid of poignant photographs exposes this hidden crime.

"Slave labor [in the Soviet Union] made no demands, could be transferred anywhere at any moment, was free of family ties, had no need for housing, schools or hospitals, and sometimes not even for kitchens or lavatories. The state could obtain such manpower only by swallowing up its sons." Alexander Solzhenitsyn, "The Gulag Archipelago"

Nobel Prize winner Alexander Solzhenitsyn in "The Gulag Archipelago" writes of the slave-labor system, a dominant factor in the Soviet economy under Lenin and Stalin. Once a prisoner himself, he revealed that between 1918 and 1959, 66 million men, women, and children were trafficked to slave labor "islands" or concentration camps within Russia.

Throughout the world's darkest history, we can find entire civilizations built on the backs of slaves. The modern ages reveal forced labor feats that rival the 2,500 B.C. Egyptian pyramids, also built by slaves. Bloody human hands have hacked out thousands of miles of sea and river canals, railway lines, and highways as global industrial empires were built at the price of human bondage. Always behind these enormous human accomplishments stands greed —the reason for the power of man to make other men what they please. 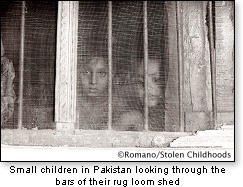 More slaves now than ever

Today, 21st century slavery has changed a little from Solzhenitsyn's 1974 portrayal. The numbers and profits have increased, as well as the clandestine methods of human trafficking—moving victims from one location to another and still to another. According to the U.S. Federal Bureau of Investigation [FBI], human trafficking alone generates a staggering $9.5 billion in yearly revenues worldwide. The International Labour Office [ILO] estimates that figure to be $32 billion each year. Moreover, there are more slaves today than any other time in human history. Worldwide estimates are that 27 million men, women, and children, even babies, are in slavery today, at any given time, a number much greater than any other period in recorded history and exponentially growing.

Dr. Kevin Bales, an Oklahoma native, is Professor of Sociology at the University of Surrey Roehampton, England, and serves as a consultant to the United Nations on human slavery and trafficking. Dr. Bales is Director of FreeTheSlaves.net—a non-governmental, non-profit organization dedicated to ending slavery worldwide. Considered one of the world's leading experts on contemporary slavery, Dr. Bales spoke to this writer recently about the phenomenon of 21st century slavery.

"Several crucial differences in the slaves of the old days was they were expensive, you kept them for their whole lives, and you took excellent care of them. Today, they are cheap. In fact, there is a glut of slaves and when you've used them, you throw them away if you don't want them anymore—they're disposable." 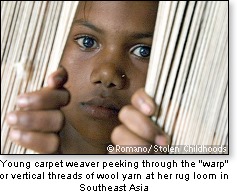 Herein, in the next 15 columns on human trafficking and slavery, this writer addresses events that are distressingly accurate, discovering just how appalling human trafficking and slavery is. What was found was disturbing statistics and authentic stories of men, women, and children in various forms of slave labor, usually as the result of the trans-national crime of trafficking of human persons, including the sexual exploitation of traumatized women and children suffering isolation from the outside world.

Through research and exclusive interviews with world authorities on human trafficking and slavery, this writer discovered a shocking world that harbors brothels filled with kidnapped women and girls enslaved in prostitution, of wealthy households that victimize women and girls in forced domestic servitude and sex, of young children living in cages beside their workplace.

Forced labor exploitation was found on every continent except Antarctica. Migrant agriculture slavery flourishes in every nation alongside greed, debt bondage, servile marriage contracts, and garment sweatshop factories. This writer's research discovered that trafficking and slavery most often involves violence, beatings, and murder committed by world-organized crime lords, pimps, and traffickers, also known as "coyotes." Pedophilia and ephebophilia are part of child sex tourism [CST] and are rampant worldwide. In addition, law enforcement raids against slaveholders and traffickers are secretly carried out frequently, freeing the victims and restoring them to their human dignity.

Astoundingly, the trafficking of humans is tied for second place with arms dealing as the largest criminal industry in the world. The drug dealing industry remains first. Human trafficking is also the fastest growing organized crime operation, worldwide.