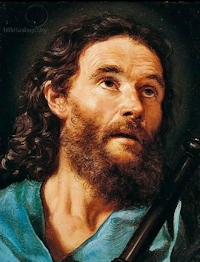 Almighty ever-living God, who consecrated the first fruits of your Apostles by the blood of Saint James, grant, we pray, that your Church may be strengthened by his confession of faith and constantly sustained by his protection. Through our Lord Jesus Christ, your Son, who lives and reigns with you in the unity of the Holy Spirit, God, for ever and ever.