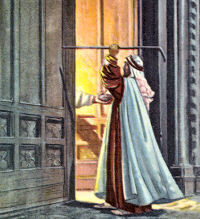 Today is the feast of Sts. Joachim & Anne which is superseded by the Sunday Liturgy.Click here for commentary on the readings in the Extraordinary Form of the Roman Rite.