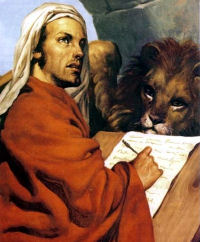 According to the 1962 Missal of Bl. John XXIII the Extraordinary Form of the Roman Rite, today is the Feast of St. Mark, and the Major Rogation. While no longer required after Vatican II, Rogation Days can still be observed by the faithful. Fasting and penance were required, and the faithful would especially pray Litanies on this day.What are Rogation Days?"Rogation Days are the four days set apart to bless the fields, and invoke God's mercy on all of creation. The 4 days are April 25, which is called the Major Rogation (and is only coincidentally the same day as the Feast of St. Mark); and the three days preceding Ascension Thursday, which are called the Minor Rogations. Traditionally, on these days, the congregation marches the boundaries of the parish, blessing every tree and stone, while chanting or reciting a Litany of Mercy, usually a Litany of the Saints". 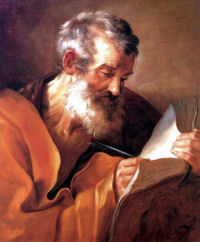