Solemnity of the Ascension of the Lord; Thursday of the Sixth Week of Easter; Optional Memorial of Our Lady of Fatima

Gladden us with holy joys, almighty God, and make us rejoice with devout thanksgiving, for the Ascension of Christ your Son is our exaltation, and, where the Head has gone before in glory, the Body is called to follow in hope. Through our Lord Jesus Christ, your Son, who lives and reigns with you in the unity of the Holy Spirit, God, for ever and ever.

O God, who made your people partakers in your redemption, grant, we pray, that we may perpetually render thanks for the Resurrection of the Lord. Who lives and reigns with you in the unity of the Holy Spirit, God, for ever and ever.

In the United States, the ecclesiastical provinces of Boston, Hartford, New York, Newark, Omaha, and Philadelphia have retained the celebration of the Ascension on the proper Thursday while all other provinces have transferred this solemnity to the Seventh Sunday of Easter, May 8. If transferred today is observed as an Easter Weekday. The following readings are used: Acts 1:1-11; Eph 1:17-23; Mt 28:16-20.

The Blessed Virgin Mary is venerated under this title following apparitions to three shepherd children — Lucia, Jacinta and Francisco — in Portugal in 1917. The message of Fatima includes a call to conversion of heart, repentance from sin and a dedication to the Blessed Virgin Mary, especially through praying the Rosary. This optional memorial is new to the USA liturgical calendar and is inscribed on May 13. According to the 1962 Missal of St. John XXIII the Extraordinary Form of the Roman Rite, today is the feast of St. Robert Bellarmine. He was famous throughout Europe as a theologian, and as a strenuous defender of the Faith in controversy with Protestants. He joined the Society of Jesus, and was later made Cardinal and Archbishop of Capua. His numerous writings include works of devotion and instruction, as well as of controversy. He died in 1621, and was canonized and declared Doctor of the Church in 1931. His feast in the Ordinary Form of the Roman Rite is celebrated on September 17.Today is also the feast of Our Lady of the Most Blessed Sacrament. This title was given to our Blessed Mother in May 1868 by Saint Peter Julian Eymard to honor her relationship to the Holy Eucharist and to place her before us as a model in our duties and devotion to the Blessed Sacrament. 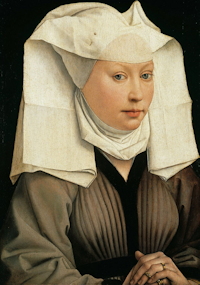 Almost nothing is known of her early life before she became an anchoress. It is unknown if she was from Norwich or chose to move there, and even not verified that her name was Julian before she became an anchoress near the church of Saint Julian. Recluse under the direction of Benedictines in Norwich, England. Mystic, visionary, and writer. Her book, Revelations of Divine Love, which contains sixteen revelations she received while in an ecstatic trance, is still in print. She meditated on, spoke on, and wrote on the power of love of evil, Christ’s Passion, and the nature of the Trinity. In her early 60s she shut herself in complete seclusion at Conisford, Norwich, and never left again.Not much is known about her personal life, even if her name was truly Julian. She was born around 1342 and died in 1423, lived as an anchoress near the Church of St. Julian in Norwich, England. Because she was never formally beatified or canonized, she is not included in the Roman Martyrology but popular piety sees her as a holy woman of God, and so often refer to her as Mother, Saint or Blessed Julian. Things to Do:
Find us on Social Media.