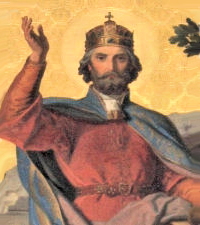 Almighty Father, grant that Saint Stephen of Hungary, who fostered the growth of your Church on earth, may continue to be our powerful helper in heaven. We ask this through our Lord Jesus Christ, your Son, who lives and reigns with you and the Holy Spirit, God, for ever and ever. Amen.

Vaik, son of Geza, Duke of Hungary, was baptized about 985 by St. Adalbert of Prague who gave him the name of Stephen. He was chosen by God to bring his people to the Christian faith. With the assistance of monks from Burgundy he established bishoprics, founded several monasteries and re-organized the whole life of the country. Pope Silvester II offered him the privilege of being crowned king and the ceremony took place on December 25, 1000. His great zeal for the spread of the Catholic faith earned him the title of apostolic king and apostle of Hungary. He died on August 15, 1038, the feast of the Assumption of our Lady, to whom he had consecrated his kingdom. 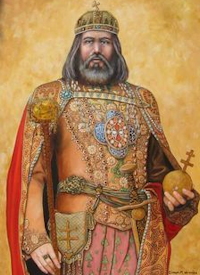 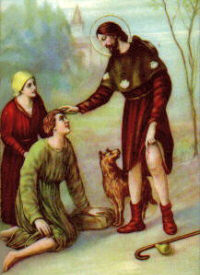