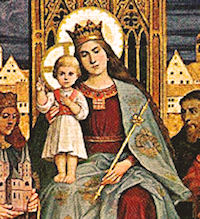 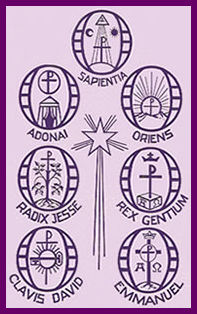 December 17 marks the beginning of the O Antiphons, the seven jewels of our liturgy, dating back to the fourth century, one for each day until Christmas Eve. These antiphons address Christ with seven magnificent Messianic titles, based on the Old Testament prophecies and types of Christ. The Church recalls the variety of the ills of man before the coming of the Redeemer. See O Come! The O Antiphons and Rejoice the Lord is Near! for more information on the O Antiphons by Jennifer Gregory Miller. Build an O Antiphon House with the instructions found here.

Today is the feast of Josep Manyanet y Vives who was born to a large and pious family. He was dedicated to Our Lady at age 5 by his mother. Educated by the Piarist Fathers in Barbastro, Spain, and then in seminaries at Lleida and Urgell in Spain. He founded the Congregation of the Sons of the Holy Family in 1864 and the Missionary Daughters of the Holy Family of Nazareth in 1874. Both were dedicated to serving the Christian family, teaching, and parish ministry. He wrote books and pamphlets encouraging devotion to the Holy Family, to help the spiritual formation of the members of his congregations, to help families in trouble, and about school management. He also founded the magazine La Sagrada Familia.Today, according to the Roman Martyrology, is the feast of St Lazarus known as the brother of St Martha and St Mary of Bethany. He was the man whom Jesus raised from the dead after having been dead and in his tomb for four days. The Bible does not trace his history after the miracle, but tradition says he became a missionary to Gaul, the first bishop of Marseilles, France, and a martyr in the persecutions of Domitian.Those using the Jesse Tree should continue from today until Christmas by using symbols based on the “O” antiphons (see Jesse Tree Instructions). 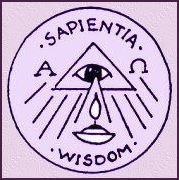 Come, and teach us the way of prudence.O Wisdom, who came from the mouth of the Most High, reaching from end to end and ordering all things mightily and sweetly, Come, and teach us the way of prudence.O Sapientia, quae ex ore Altissimi prodiisti, attingens a fine usque ad finem fortiter, suaviterque disponens omnia: veni ad docendum nos viam prudentiae.The "all-seeing eye" represents the all-knowing and ever-present God. During the late Renaissance, the eye was pictured in a triangle with rays of light to represent the infinite holiness of the Trinity. The lamp is a symbol of wisdom taken from the parable of the wise and foolish virgins in Matthew 25.Recommended Readings: Proverbs 8:1-12 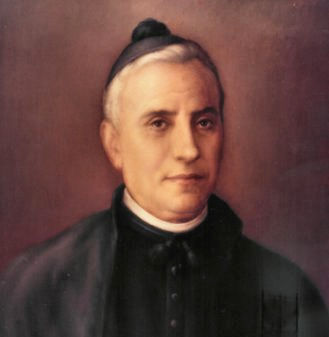 After twelve years of hard work in the Diocese of Urgell at the service of his bishop as private secretary, librarian of the seminary, administrator of the chancery and secretary for pastoral Visitations, he felt God's call to become a religious priest and to found two religious congregations.

Founder and Apostle of the Holy Family

With constant work and prayer, with and exemplary life full of virtues, with loving dedication and solicitude for the souls, he guided and encouraged for almost forty years, the formation and expansion of his Institutes, opening schools and centers of ministry in several towns in Spain. Today both Institutes are present in several European countries, in North and South America and in Africa as well.

Especially called by God to present to the world the example of the Holy Family of Nazareth, he wrote several books and booklets to spread the devotion of the Holy Family. He founded the magazine La Sagrada Familia and promoted the idea of the construction of a Temple dedicated to the Holy Family. The Temple, as yet unfinished in Barcelona, was built by the architectural genius and Servant of God Antonio Gaudí, destined to perpetuate the virtues and examples of the Family of Nazareth and to be the universal spiritual home of all families.

Because of his poor health, due to open sores on his side, which he labelled God's mercies for 16 long years, on the 17th of December of 1901, full of virtues and good deeds, was called by God to his eternal home, in his school “Jesús, María y José” of Barcelona, central place of his work, surrounded by children, with the same simplicity that characterized all his life. His last words were his fervent prayer Jesus, Mary and Joseph, may I breathe forth my soul in peace with you.

His saintly life impressed many people who came in contact with him. The Process of Canonization was formally introduced in 1956. Once the practice of all virtues in a heroic grade was officially recognized by the church in 1982 and proof of a healing miracle attributed to his intercession, Pope John Paul II declared him Blessed in 1984. After the approval of a second miracle through his intercession, Josep was canonized in Rome, on May 16, 2004.

Pope John Paul II has stated that the sanctity demonstrated by Josep Manyanet stems from the Holy Family. He was called by God, so that “in his name every family on earth may be blessed”. The Holy spirit guided him to boldly proclaim the “Gospel of the family”. His inspiration was that “all families may imitate and bless the Holy Family of Nazareth”. That is: “to build a Nazareth in every home”, and to make of every family a “Holy Family”.

His canonization brings forth the truth of his sanctity and the unending value of his message from Nazareth. That makes him a Prophet of the family and the protector of our families.

Today is Day Two of the Christmas Novena