The O Antiphons: The Fullness of Time

December 17 begins the ‘O’ Antiphons, and it means Christmas is only an octave away. Although the ‘O’ Antiphons always begin on the same date, this year’s shorter Advent leaves a feeling of compression since the last days of Advent fall so early in the Third Week of Advent.

The ‘O’ Antiphons (also known as Greater Antiphons or the Great ‘O’) are ancient antiphons found in the liturgy that is prayed from December 17-23. They all begin with the invocation ‘O.’ They call to mind the ancient longing and pleading of the people of the Old Testament for a Savior to come, invoking different Christological titles on the seven days before Christmas Eve. In praying these we remember the original yearning for the First Coming of Christ at Bethlehem, and echo the same waiting and supplication for the Emmanuel to come at Parousia, His Second Coming. The ‘O’ Antiphons take us through chronological order from before Creation to the birth of Christ at Bethlehem. (Digital image courtesy of the Getty’s Open Content Program)

The complete traditional text of the antiphons with Scriptural references are found at The O Antiphons Verses. You also might recognize the antiphons as the same words in the favorite Advent hymn “O Come, O Come Emmanuel” (All the verses both in Latin and English can be found here.). 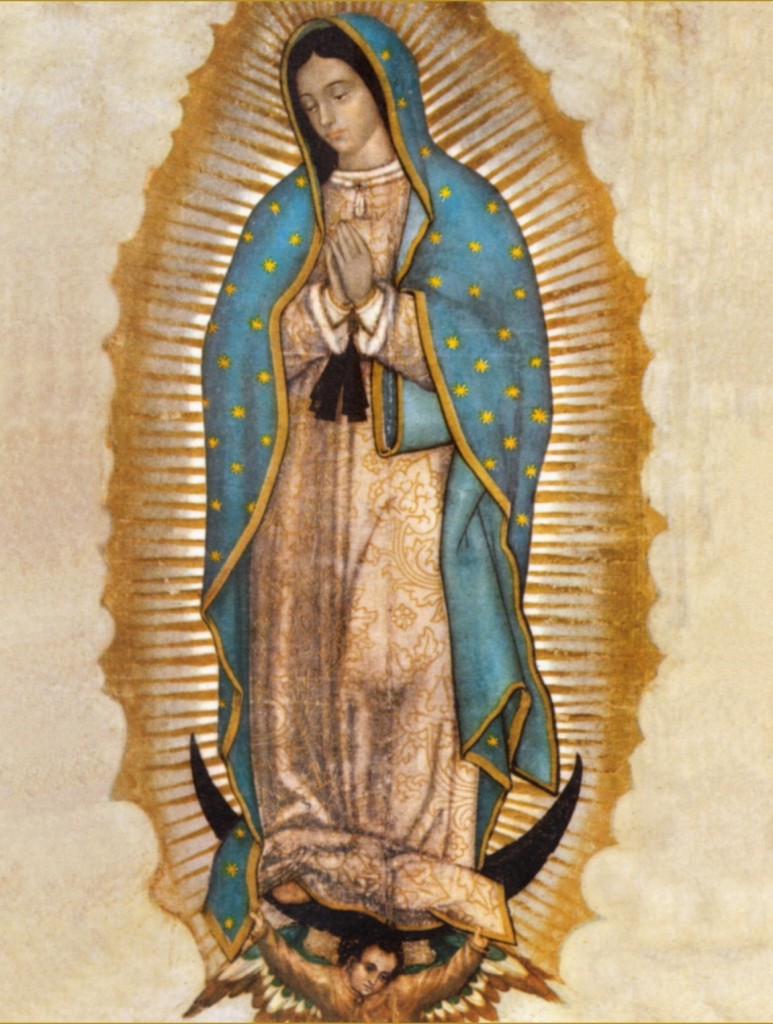 Each day’s antiphon is recited before and after the Magnificat in the Evening Prayer of the Liturgy of the Hours, and also in the Alleluia versicle before the Gospel at Mass. By the time we reach December 23, the backwards acrostic of the Latin initials of the Christological titles spell ERO CRAS: Tomorrow I will come.

I’ve written about these special Advent antiphons almost every year. How much more can one write about these Antiphons? The truthful answer is I have only scratched the surface. These Antiphons are so rich, every year it seems I am only savoring small sips, one demitasse at a time.

This Advent I’ve been dwelling on three aspects of the ‘O’ Antiphons that at first seem like unconnected thoughts but actually fit into pondering the actual ‘O’ of the antiphons. 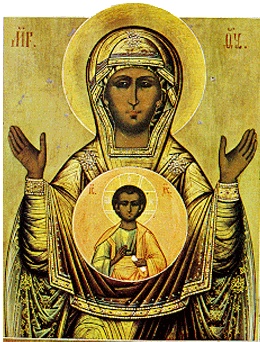 So often we see time linearly, but we refer to God as eternal. Eternity is never-ending but also never beginning, so it looks more like a circle like the Advent wreath. I have often been asked why are they the ‘O’ Antiphons? Why the ‘O’? At first glance, it just seems like the beginning of an invocation, and provide symmetry all beginning with ‘O.’ But the antiphons with their ‘O’ are unique within our liturgy, and Oliver Treanor touches on the symbolism of the letter ‘O’ in these antiphons.

The very shape of the ‘O’ which gives them their name conveys this. It is a figure of fullness. A kind of hieroglyph of that text in St Paul which puts into words what the symbolic ‘O’ signifies. ‘When the time had fully come, God sent forth his Son, born of a woman…so that we might receive adoption as sons’ (Gal. 4:4-5). The yearly round of Advent recalls the perfection of God’s timing in the mystery of redemption. It makes that moment present again through thankful remembrance. But more than this, it proclaims that Time itself is fulfilled, being now filled with the fullness of him in whom dwells the fullness of God. The pleroma that St Paul attributed to Christ, that fullness of the divine nature in him who became man, overflows into every age for its sanctification through the reality of his coming. Consequently the completed circle that the antiphons announce is not something static. It is a spiraling maelstrom of love that draws to its inner self all mankind, all history, the very cosmos itself.

Because of this, Advent is not only the celebration of God’s coming to us, but also of our coming to him. (Seven Bells to Bethlehem, by Oliver Treanor, pp. 1-2)

The circle is just a simple closed geometric shape, but in context with these ‘O’ Antiphons it is more than a shape or letter of the alphabet. The ‘O’ is all encompassing. The ‘O’ denotes fullness, completeness, wholeness, ripeness. The ‘O’ symbolizes eternity, no beginning or end. This simple letter plumbs the depths and speaks to the final fulfillment in the Second Coming of Christ at Parousia. 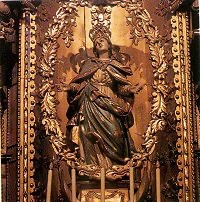 The visual of a circle or the ‘O’ enclosing all of time continues as seen fulfilled through the Blessed Virgin Mary. Before these particular seven ‘O’ Antiphons were finalized in the Latin Liturgy, there were different versions, and some included a “O Virgin of Virgins” for December 24. But “the Great ‘O’ suggests ripe fullness, it images the womb of the Virgin in late pregnancy, round and full of Christ” (Ibid, p. 2). And just as Mary carried the Christ Child in her womb, Mary as the Mother of the Church (Mater Ecclesiae) encloses all of the children of the Church in her mantle. There is recognition that Mary encompassed all the ‘O’ Antiphons, so there really is no need for a particular Marian ‘O’ Antiphon.

Medieval art often expressed this devotion to the ‘O’ Madonna. She is referred to as “O Madonna of Humility,” “Virgen de la O,” and “La Madonna de la O” in many of these paintings, statues and icons. One could even say that the miraculous image of Our Lady of Guadalupe would fit into this category of “O Madonnas” with the sun’s rays encircling her like an ‘O.’

During these Golden Nights, the Evening Prayer Magnificat is framed with these ‘O’ Antiphons, and seemingly deliberate in viewing Mary’s Canticle in reflection of these antiphons:

It is the spirit of Mary that the worshipping community seeks to re-capture in Advent. The antiphons acclamations echo her virginal jubilation; the titles articulate the cause of her joy; the repetition of her canticle returns the glory once again back to God; the common recitation of her words charges and unites the Church in a single harmony of mind and voice. Like garlands surrounding an icon, the ‘O’ antiphons highlight the Magnificat as a prayer that perfectly matches the purpose of Advent and rightly deserves special attention in the final phase of this season.

The purpose of Advent is indeed to magnify the Lord in a world that largely overlooks him....Mary’s canticle, like the feast of Christmas, challenges our concept of the divine greatness.

Today the Magnificat antiphons glorify the greatness of the Lord. They enlarge the holiness of his name, spell out the dimensions of his mercy, sound the depths of his proud love. They put words on the lips of the Precursor-Church to announce that the Kingdom of God is at hand, that the time has come to repent and believe the Good News (Ibid, pp. 13-14).

As we grow closer to the Liturgy of the Church, we begin to realize that the Advent is not just a season with a few saints and Marian feasts sprinkled through the four weeks, but rather it is a complete Marian season.

‘O’ in the Fullness of Time, the Three Great Moments 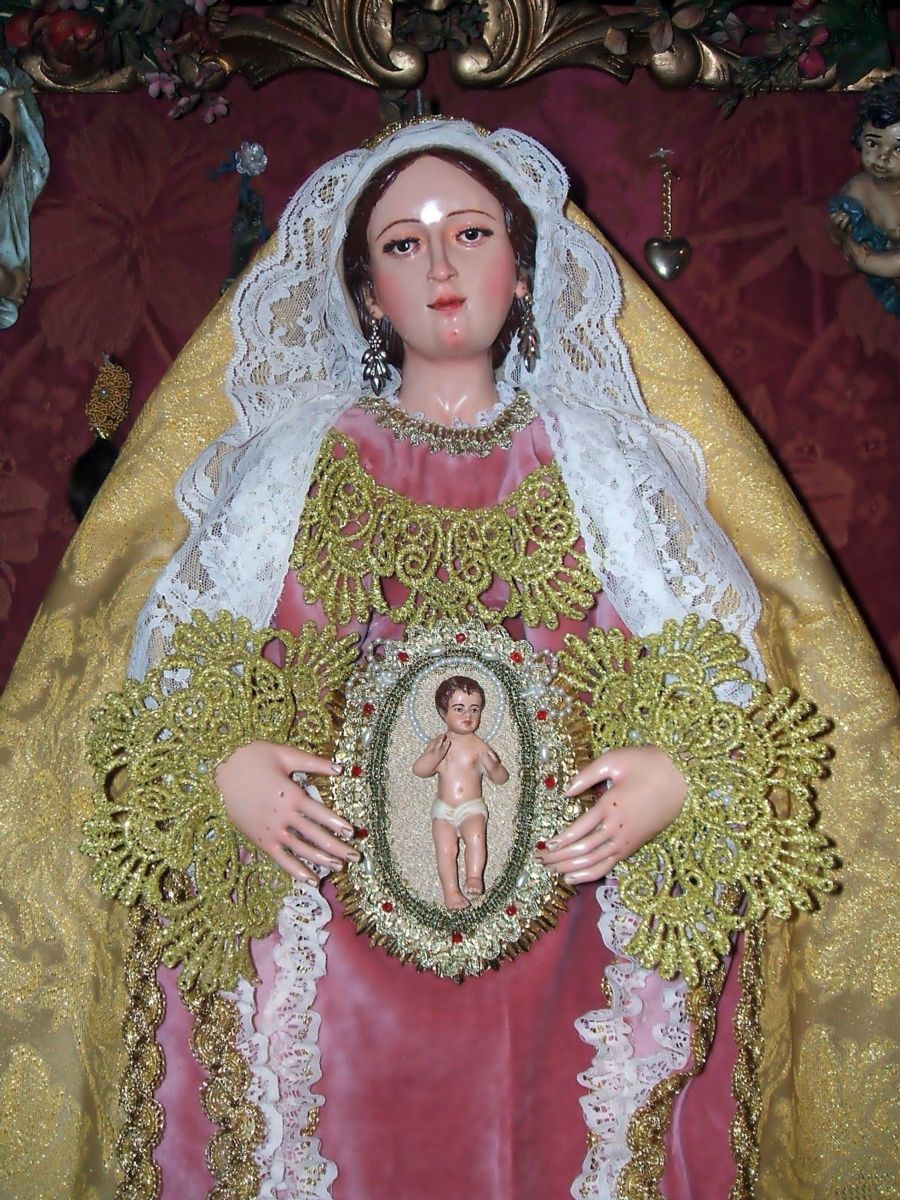 In the Catechesis of the Good Shepherd, especially in Levels II and III, there is an unfolding of God’s plan of salvation to the children, highlighting the three main moments of Salvation History: Creation, Redemption, and Parousia. Everything is examined through this lens, going back and forward in time. But it is the ‘O’ of eternity that connects these three moments and no longer presents them in a linear way, but in completion and fullness.

I have provided a gradual introduction of the ‘O’ Antiphons to my own children over the years. At first, it was mere nomenclature, letting them hear and repeat the titles, and sing “O Come, O Come Emmanuel.” Later I shared visual symbols and art alongside the actual antiphon verses. Some years I added food ideas that echoed the symbols of the Christological titles.

As my children have grown older, part of celebrating the ‘O’ Antiphons is discovering and reading the biblical origin of these verses, and understanding some of the historical significance of each title in Salvation History. But this has been mainly presented through an Old Testament viewpoint.

A new aspect is to see how these ‘O’ Antiphons are not just Old Testament titles of the past, but to see these antiphons in the three moments. These are also titles of Christ, each fulfilled through his life. The antiphons also point to the complete fulfillment at the end of time, at Parousia. The ‘O’ Antiphons celebrate the whole Christ, both for His coming at Bethlehem and his Second Coming. The Antiphons present aspects of awaiting the Messiah at Christmas, the redemption through the Paschal Mystery, and the final fulfillment at the Apocalypse:

The ‘O’ Antiphons illustrate the fullness of time, depicted in a simple ‘O’ and reflected perfectly in Mary, the Madonna of the ‘O.” All the antiphons reflect this eternity encompassing the past, present and future, the key moments of Salvation History. As I mentioned, I’m always finding some other richness to the ‘O’ Antiphons to further my meditations, and yet there is always more. I look forward to these last days of Advent to “ponder these things” in my heart. These ancient antiphons are some of the crown jewels of our liturgy, and the echo of the longing through the ages seems to reverberate and repeat with all the faithful through all time, on heaven on earth, “O Come, Lord Jesus!” (Rev. 22:20).

For Further Reading on the ‘O’ Antiphons: December 17-23