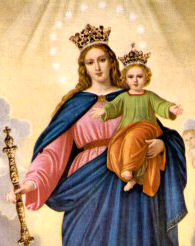 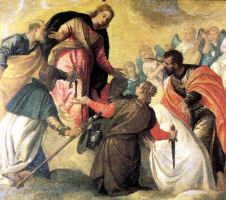 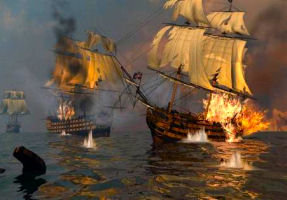 In 1809, Napoleon's men entered the Vatican, arrested Pius VII and brought him in chains to Grenoble, and eventually Fontainbleau. His imprisonment lasted five years. The Pope smuggled out orders from prison for the whole of Christendom to pray to Our Lady Help of Christians, and thus the whole of Europe once again became a spiritual battle ground, not of arms against ruthless arms, but of Rosaries against ruthless military might. Soon Napoleon was off the throne and the Pope freed from prison. After proving her maternal help, throughout the centuries, Our Lady has continued to appear in hundreds of places throughout the world mainly during the 20th century, Lourdes and Fatima being the most famous apparitions. She has brought help from Heaven, and has warned her children to do prayer and penance as a formula for peace. She has stressed that her children must pray the Holy Rosary daily. --Taken from The Work of God website.Patron: Church in Australia; Andorran security forces; Austrialian military chaplains; New York; New Zealand. Things to Do: 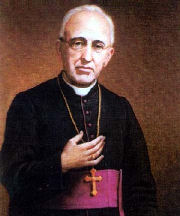 Born and baptised at Becanour on the first of April 1824, the future saint was the fifth of thirteen children from the marriage Louis-Zephirin Moreau and Marquerite Champoux-Saint-Pair. This "intelligent, pious, modest, gentle, and thoughtful" child was educated in his native parish until the age of fifteen before being admitted into the Seminary of Nicolet. In 1844, he received the ecclesiastic habit at Quebec, but in 1845, Msgr Signay sent him back home, because he found him to be in fragile health. It would take more than this setback to discourage the young man on his path towards the priesthood. He then begged Msgr Bourget to permit him to achieve his dream at the Ecole de theology of Montreal. This was accomplished, thanks to the kindness of Msgr Prince, head of this institution. Father Moreau was ordained a priest on Dec. 19, 1846. at the age of 22. Six years later, Msgr Prince became the first titular of the new diocese of Saint-Hyacinthe and he appointed Father Moreau as secretary-chancellor. The apprenticeship of the future prelate was as parish priest for the cathedral, and he was administrator of the diocese five times. On Jan 15 1876, at the age of 51, Father Moreau became the fourth bishop of Saint Hyacinth.

As bishop, he remained what he had always been: "good, simple, humble, and poor". Twenty three years after his death, steps were taken towards his beatification and canonization. The numerous healings which were attributed to him would later launch this irrevocable progression towards the formal recognition of his holiness. --Excerpted from Our French - Canadian Ancestors, Thomas J. LaforestThings to do: