Memorial of St. Irenaeus, Bishop, Martyr and Doctor of the Church 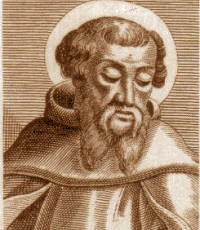 St. Irenaeus: O God, who called the Bishop Saint Irenaeus to confirm true doctrine and the peace of the Church, grant, we pray, through his intercession, that, being renewed in faith and charity, we may always be intent on fostering unity and concord. Through our Lord Jesus Christ, your Son, who lives and reigns with you in the unity of the Holy Spirit, God, for ever and ever.

The law of truth was in his mouth; no dishonesty was found on his lips. He walked with me in integrity and peace, and turned many away from evil.

In 2022, Pope Francis declared St. Irenaeus to be Doctor of the Universal Church.Tomorrow is a solemnity, and so observance of Saints Peter and Paul begins with Evening Prayer I in the Liturgy of the Hours this evening and observed with a special Vigil Mass this evening. The liturgical day is from midnight to midnight in the Church's observance, except for Sunday and solemnities which begin with the evening of the preceding day. Today continues Religious Freedom Week, June 22-29. 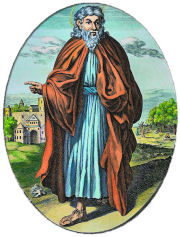