Monday of the Thirteenth Week in Ordinary Time; Optional Memorial of St. Cyril of Alexandria, Bishop and Doctor of the Church 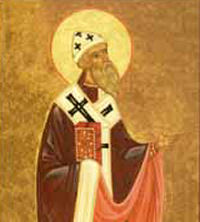 Thirteenth Week in Ordinary Time: O God, who through the grace of adoption chose us to be children of light, grant, we pray, that we may not be wrapped in the darkness of error but always be seen to stand in the bright light of truth. Through our Lord Jesus Christ, your Son, who lives and reigns with you in the unity of the Holy Spirit, God, for ever and ever.

St. Cyril: O God, who made the Bishop Saint Cyril of Alexandria an invincible champion of the divine motherhood of the most Blessed Virgin Mary, grant, we pray, that we, who believe she is truly the Mother of God, may be saved through the Incarnation of Christ your Son. Who lives and reigns with you in the unity of the Holy Spirit, God, for ever and ever.

Speak, Lord, your servant is listening. 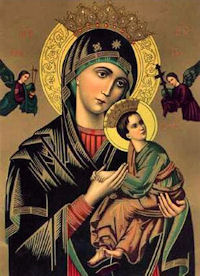