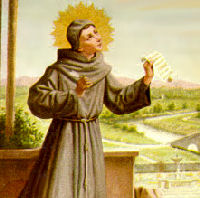 Lord God, source of all wisdom, in Blessed John Duns Scotus, priest and champion of the Immaculate Virgin, you have given us a master of life and thought. Grant that, enlightened by his example and nourished by his doctrine, we may remain faithful followers of Christ, who lives and reigns with you in the unity of the Holy Spirit, God, for ever and ever.

Newly beatified in 1993 by St. John Paul II, the Franciscans and other particular calendars may celebrate the optional memorial of Blessed John Duns Scotus, a Scottish Franciscan priest and theologian who died in 1308. He was the founder of the Scotistic School in Theology, and until the time of the French Revolution his thought dominated the Roman Catholic faculties of theology in nearly all the major universities of Europe. He is chiefly known for his theology on the Absolute Kingship of Jesus Christ, the Immaculate Conception of the Blessed Virgin Mary, and his philosophic refutation of evolution. He is also known as the "Doctor of Mary Immaculate" because of his defense of the Immaculate Conception.

According to the former liturgical calendar (1962), today is the commemoration of the Holy Four Crowned Martyrs, a group of five Christian sculptors of Hungary, martyred under Diocletian in 306. Their bodies were taken to Rome, where a biographer's error confused them with four martyrs of Albano. The basilica of the four crowned saints, built on the Coelian Hill, is one of the most characteristic of medieval Rome. Today is the last day to gain the special indulgences from November 1-8 for the Poor Souls in Purgatory. 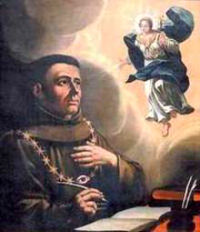