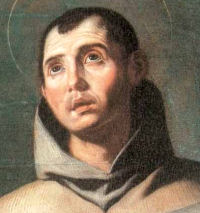 May the power of the Holy Spirit come to us, we pray, O Lord, that we may keep your will faithfully in mind and express it in a devout way of life. Through our Lord Jesus Christ, your Son, who lives and reigns with you in the unity of the Holy Spirit, God, for ever and ever.

St. Paschal Baylon, lived and died in the kingdom of Aragon, Spain. He spent his early years as a shepherd and often gave religious instruction to the shepherds on the hills of Aragon. At the age of twenty-four, he entered the Franciscan Order and embraced the humble, austere life of a lay brother. He was noted for his devotion to the Holy Eucharist. Pope Leo XIII declared him protector of all Eucharistic Congresses and works. His feast is no longer on the calendar in the United States. According to the 1962 Missal of St. John XXIII the Extraordinary Form of the Roman Rite, today is his feast. 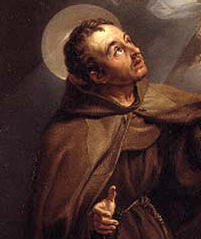 One day Paschal heard the bells of a convent announce the approaching consecration at Mass. Such an ardent longing for God overcame him that, prompted by yearning and love, he involuntarily cried out: "O God, most worthy of all adoration, please let me see You!" Hardly had he uttered the prayer when a glowing star appeared in the sky. As he watched, the heavens opened; the star disappeared and was replaced by a chalice with the Host, flanked by two adoring angels. Christian art has selected this vision to show his chief virtue, viz., love for the most holy Eucharist. —Excerpted from The Church's Year of Grace, Pius ParschPatron: Cooks; Eucharistic congresses and organizations (proclaimed by Pope Leo XIII); Obado, Bulacan, Phillipines.Symbols: In adoration before a vision of the Host.Things to Do: