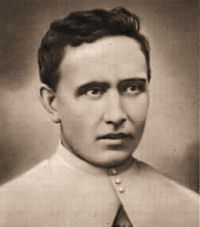 Father of mercy, who gave us in Saint Damien a shining witness of love for the poorest and most abandoned, grant that, by his intercession, as faithful witnesses of the heart of your Son Jesus, we too may be servants of the most needy and rejected. Through our Lord Jesus Christ, your Son, who lives and reigns with you in the unity of the Holy Spirit, God, for ever and ever.

Almighty and eternal God, who gave your holy Church blessed John of Avila as Doctor, grant that what he taught when moved by the divine Spirit may always stay firm in our hearts; and, as by your gift we embrace him as our patron, may we also have him as our defender to entreat your mercy. Through our Lord Jesus Christ, your Son, who lives and reigns with you in the unity of the Holy Spirit, God, for ever and ever.

St. John of Avila, recently declared a Doctor of the Church. He was the Apostle of Andalusia and the spiritual advisor of St. Teresa, St. Francis Borgia, St. John of the Cross, St. Peter of Alcantara, and others. He was born on January 6, 1499, at Almodovar del Campo, Spain. After studying law at the University of Salamanca, he left the university to be a hermit. He then went to Alcala, where he was ordained. John drew great crowds with his fiery denunciations of evil and his many sermons. A brief imprisonment by the Inquisition in Seville made him even more popular. His missionary efforts were centered on Andalusia, and his letters and other writings have become Spanish classics. John was canonized in 1970.According to the 1962 Missal of St. John XXIII, the Extraordinary Form of the Roman Rite, today is also the feast of St. Antoninus, Bishop of Florence, and a member of the Dominican Order. In the exercise of his pastoral charge he showed great charity. He died in 1459. It is also the commemoration of Sts. Gordian and Epimachus. Gordian, a Roman judge, was converted by a holy priest whom Julian, the Apostate, would have liked him to condemn. He was martyred around 360 and was buried in the crypt where already laid the remains of the martyr St. Epimachus (250), brought from Alexandria.

Rogation Days
Monday, Tuesday and Wednesday we commemorate the traditional dates for the Rogation Days. These are days of prayer and formerly fasting, which take place every year on April 25th and the three days preceding the feast of the Ascension, the former being known as the Major Rogation and the latter as the Minor Rogations. The word “rogation” has its origins in the Latin word rogare, which means to supplicate or ask, and the purpose of Rogation Days is to beg God for His mercy, to turn away His anger, and to ask Him to bless the fruits of the earth while protecting us from natural disasters. The Rogation Days no longer appear on the General Roman Calendar, but celebrated according to the local conference of bishops. 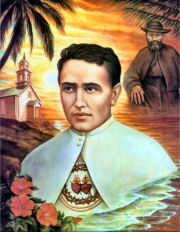 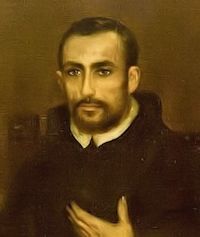 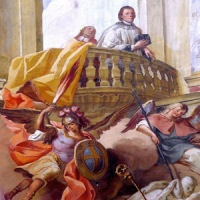 —Excerpted from The Liturgical Year, Abbot Gueranger O.S.B.
Find us on Social Media.