Wednesday of the First Week of Lent 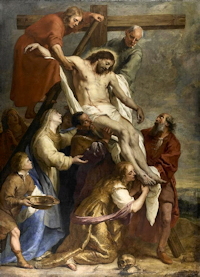 Look kindly, Lord, we pray, on the devotion of your people, that those who by self-denial are restrained in body may by the fruit of good works be renewed in mind. Through our Lord Jesus Christ, your Son, who lives and reigns with you in the unity of the Holy Spirit, God, for ever and ever.

Today's Station is at St. Mary Major. The spring Ember Week consecrated the new season to God and by prayer and fasting sought to obtain abundant graces for those who on Saturday were to receive Holy Orders. The Station was fittingly held in the church, which witnessed the first scrutinies for the coming ordinations, and which was dedicated to the mother of the great High Priest. 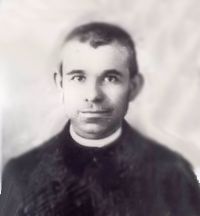 On 16 October 1889, he joined the diocesan seminary of Tortona. As a young seminarian he devoted himself to the care of others by becoming a member of both the San Marziano Society for Mutual Help and the Society of Saint Vincent de Paul. On 3 July 1892 he opened the first Oratory in Tortona to provide for the Christian training of boys. The following year, on 15 October 1893, Luigi Orione, then a seminarian of twenty-one, started a boarding school for poor boys, in the Saint Bernardine estate.On 13 April 1895, Luigi Orione was ordained priest and, on that occasion, the Bishop gave the clerical habit to six pupils of the boarding school. Within a brief span of time, Don Orione opened new houses at Mornico Losana (Pavia), Noto - in Sicily, Sanremo and Rome.Around the young Founder there grew up seminarians and priests who made up the first core group of the Little Work of Divine Providence. In 1899, he founded the branch of the Hermits of Divine Providence. The Bishop of Tortona, Mgr Igino Bandi, by a Decree of 21 March 1903, issued the canonical approval of the Sons of Divine Providence (priests, lay brothers and hermits) - the male congregation of the Little Work of Divine Providence. It aims to "co-operate to bring the little ones, the poor and the people to the Church and to the Pope, by means of the works of charity," and professes a fourth vow of special "faithfulness to the Pope." In the first Constitutions of 1904, among the aims of the new Congregation, there appears that of working to "achieve the union of the separated Churches."Inspired by a profound love for the Church and for the salvation of Souls, he was actively interested in the new problems of his time, such as the freedom and unity of the Church, the Roman question, modernism, socialism and the Christian evangelization of industrial workers.He rushed to assist the victims of the earthquakes of Reggio and Messina (1908) and the Marsica region (1915). By appointment of Saint Pius X, he was made Vicar General of the diocese of Messina for three years.On 29 June 1915, twenty years after the foundation of the Sons of Divine Providence, he added to the "single tree of many branches" the Congregation of the Little Missionary Sisters of Charity who are inspired by the same founding charism. Alongside them, he placed the Blind Sisters, Adorers of the Blessed Sacrament. Later, the Contemplative Sisters of Jesus Crucified were also founded.For lay people he set up the associations of the "Ladies of Divine Providence," the "Former Pupils," and the "Friends." More recently, the Don Orione Secular Institute and the Don Orione Lay People's Movement have come into being.Following the First World War (1914-1918), the number of schools, boarding houses, agricultural schools, charitable and welfare works increased. Among his most enterprising and original works, he set up the "Little Cottolengos," for the care of the suffering and abandoned, which were usually built in the outskirts of large cities to act as "new pulpits" from which to speak of Christ and of the Church - "true beacons of faith and of civilization."Don Orione's missionary zeal, which had already manifested itself in 1913 when he sent his first religious to Brazil, expanded subsequently to Argentina and Uruguay (1921), Palestine (1921), Poland (1923), Rhodes (1925), the USA (1934), England (1935), Albania (1936). From 1921-1922 and from 1934-1937, he himself made two missionary journeys to Latin America: to Argentina, Brazil and Uruguay, going as far as Chile.He enjoyed the personal respect of the Popes and the Holy See's Authorities, who entrusted him with confidential tasks of sorting out problems and healing wounds both inside the Church as well as in the relations with society. He was a preacher, a confessor and a tireless organizer of pilgrimages, missions, processions, live cribs and other popular manifestations and celebrations of the faith. He loved Our Lady deeply and fostered devotion to her by every means possible and, through the manual labor of his seminarians, built the shrines of Our Lady of Safe Keeping in Tortona and Our Lady of Caravaggio at Fumo. In the winter of 1940, with the intention of easing the heart and lung complaints that were troubling him, he went to the Sanremo house, even though, as he said, "it is not among the palm trees that I would like to die, but among the poor who are Jesus Christ." Only three days later, on 12 March 1940, surrounded by the love of his confreres, Don Orione died, while sighing "Jesus, Jesus! I am going."His body was found to be intact at its first exhumation in 1965. It has been exposed to the veneration of the faithful in the shrine of Our Lady of Safe Keeping in Tortona ever since 26 October 1980 - the day in which Pope John Paul II inscribed Don Luigi Orione in the Book of the Blessed. He was canonized on 16 May 2004.—© Libreria Editrice Vaticana 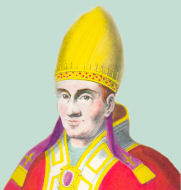 During his pontificate, Innocent emphasized papal supremacy, praising the bishops of Africa for referring the decrees of their councils at Carthage and Milevis in 416 that condemned Pelagianism, to the pope for confirmation. This confirmation stirred St. Augustine to pen his famous remark: "Roma locuta, causa finita est" (Rome has spoken, the matter is ended). Innocent was pope during the capture and sack of Rome by the Goths under Alaric in 410. He condemned the heresies of Pelagius and Celestinus, decreeing that children, even though born of a Christian mother, must be born again by water, in order that their second birth may cleanse away the stain they have contracted by the first. He also approved the observance of fasting on the Saturday in memory of the burial of Christ our Lord. He fought the unjust removal of Saint John Chrysostom and spoke strongly in favor of clerical celibacy. He sat fifteen years, one month, and ten days. Innocent died in Rome, March 12, 417 and was buried in the cemetery called ad Ursum Pileatum. —Some material excerpted from The Liturgical Year, Abbot Gueranger O.S.B.Symbols: Angel holding a crown.Things to Do:

Saturday of the First Week of Lent,
Station with San Pietro in Vaticano (St. Peter's in the Vatican):

The Station is in the Basilica of St. Peter in the Vatican, where the people would assemble towards evening, that they might be present at the ordination of the priests and sacred ministers. This day was called Twelve-Lesson-Saturday, because, formerly, twelve passages from the holy Scriptures were read, as upon Holy Saturday. The original basilica was built by Constantine in 323 over the place where St. Peter was buried.