Saturday of the Twenty-Fourth Week of Ordinary Time 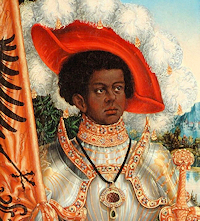 St. Thomas of Villanova (1488-1555), a great saint of the Spanish Renaissance and a good friend of Emperor Charles V was a man of infinite charity in word and deed and lived as frugally as the poor who benefited by his unstinted almsgiving. While provincial of his order in Castile, he sent the first group of Augustinians to the Americas. Establishing themselves in Mexico, they were integral in the growth of Christianity in the New World. This date was also the commemoration of Sts. Maurice and Companions, Christian soldiers who were massacred in Switzerland because they refused to offer sacrifices to pagan gods. Before the reform of the General Roman Calendar today was his feast. 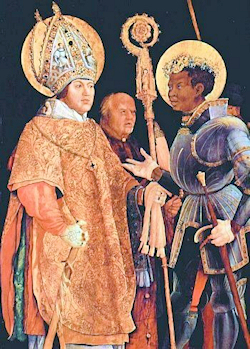 As the massacre began, these generous soldiers flung down their arms, offered their necks to the sword, and suffered themselves to be butchered in silence.—Excerpted from Lives of the Saints, by Alban Butler, Benziger Bros. ed. [1894] The commemoration of these martyrs has also been called The Feast of the Forty Martyrs.Things to Do: