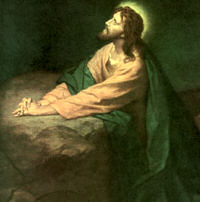 According to the 1962 Missal of St. John XXIII the Extraordinary Form of the Roman Rite, today is the feast of St. John of Capistrano whose feast is celebrated in the Ordinary Form of the Roman Rite on October 23. Today is also the feast of St. Gontran, also known as Contran or Guntramnus, he was the son of King Clotaire and the grandson of Clovis I. He was raised pagan and became King of Orleans in 561.Stational Church 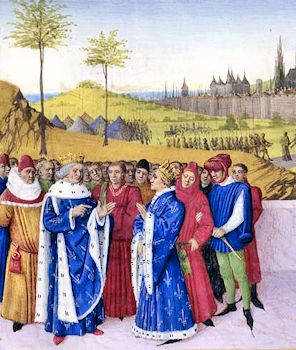 St. Gontran was the son of King Clotaire and grandson of Clovis I and Saint Clotildis. When Clotaire died in 561, his domains were divided among his four sons. While Gontran's brother Caribert reigned at Paris, Sigebert in Metz, and Chilperic in Soissons, he was crowned king of Orleans and Burgundy in 561. He then made Chalons-sur-Saone his capital.

When compelled to take up arms against his ambitious brothers and the Lombards, he made no other use of his victories, gained under the conduct of a brave general called Mommol, than to give peace to his dominions. The crimes in which the barbarous habits of his nation involved him, he effaced by tears of repentance. The prosperity of his reign, both in peace and war, condemns those who suppose that human policy cannot be determined by the maxims of the Gospel, whereas the truth is just the contrary: no others can render a government so efficacious and prosperous.

Saint Gontran always treated the pastors of the Church with respect and veneration. He was the protector of the oppressed, and the tender parent of his subjects. He gave the greatest attention to the care of the sick. He fasted, prayed, wept, and offered himself to God night and day as a victim ready to be sacrificed on the altar of His justice, to avert His indignation, which Saint Gontran believed he himself provoked and drew down upon his innocent people. He was a severe punisher of crimes in his officers and others, and by many wholesome regulations he restrained the barbarous licentiousness of his troops, but no man was ever more ready to forgive offenses against his own person. With royal magnificence, he built and endowed many churches and monasteries. This good king died on the 23rd of March in 593, in the sixty-eighth year of his age, having reigned thirty-one years. Excerpted from Little Pictorial Lives of the Saints, a compilation based on Butler's
Lives of the Saints and other sources by John Gilmary Shea (Benziger Brothers: New York, 1894).Patron: Divorced people, guardians, and repentant murderers