O God, who made the Bishop Saint Peter Chrysologus an outstanding preacher of your incarnate Word, grant, through his intercession, that we may constantly ponder in our hearts the mysteries of your salvation and faithfully express them in what we do. Through our Lord Jesus Christ, your Son, who lives and reigns with you in the unity of the Holy Spirit, one God, for ever and ever.

According to the 1962 Missal of St. John XXIII the Extraordinary Form of the Roman Rite, today is the feast of Sts. Abdon and Sennen: two eastern martyrs, probably Persians. Their cult at the Pontian cemetery seems to show that they met their death in Rome. In the ninth century their bodies were translated to the church of St. Mark. St. Peter Chrysologus' feast is observed on December 4.Historically today is the feast of St. Germanus, the Bishop of Auxerre, who was instrumental in defeating the Pelagian heresy in Britain. 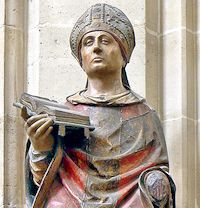 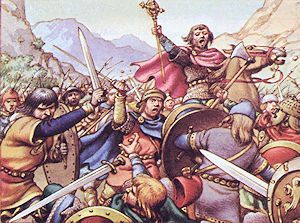