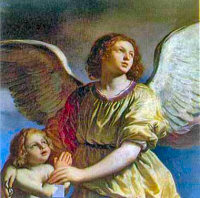 Each person on earth has a guardian angel who watches over him and helps him to attain his salvation. Angelical guardianship begins at the moment of birth; prior to this, the child is protected by the mother's guardian angel. This protection continues throughout our whole life and ceases only when our probation on earth ends, namely, at the moment of death. Our guardian angel accompanies our soul to purgatory or heaven, and becomes our coheir in the heavenly kingdom. 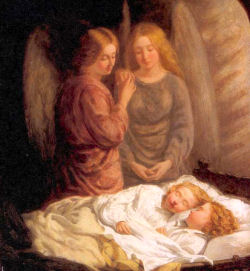