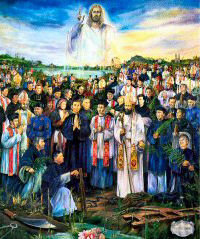 O God, the source and origin of all fatherhood, you kept the blessed martyrs Andrew and his companions faithful to the cross of your Son even to the shedding of their blood. Through their intercession enable us to spread your love among our brothers and sisters, that we may be called and may truly be your children. We ask this through our Lord Jesus Christ, your Son, who lives and reigns with you and the Holy Spirit, God, for ever and ever. Amen. Amen.

Before the reform of the Roman Calendar in 1969, this was the feast of St. John of the Cross which is now celebrated on December 14. It was also the commemoration of St. Chrysogonus, a martyr of Aquilea at the beginning of the fourth century. His name occurs in the Canon of the Mass. 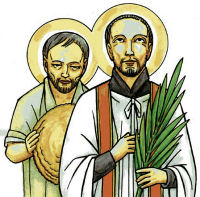 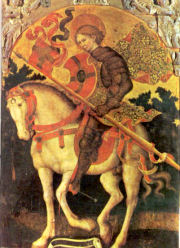