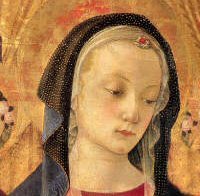 In accordance with Jewish custom our Lady's parents named her eight days after her birth, and were inspired to call her Mary. The Hebrew name of Mary (in Latin Domina) means lady or sovereign; this Mary is in virtue of her Son's soveriegn authority as Lord of the World. We call Mary our Lady as we call Jesus our Lord, and when we pronounce her name we affirm her power, implore her aid and place ourselves under her protection. 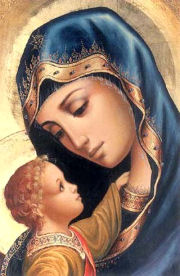 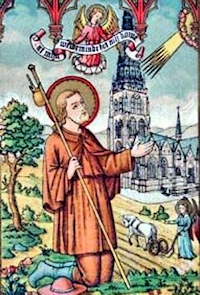