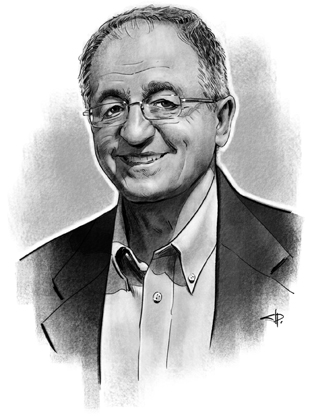 Showing most recent 20 items by this author.

Now, baby denier abortionists and their sexual anarchist allies are promising deceptive “reproductive freedom for all individuals.” Their new agenda goes way beyond Roe and abortion, and relies heavily on deceit.

“A fetal heartbeat may first be detected by a vaginal ultrasound as early as 5 1/2 to 6 weeks. Your baby's heart starts beating approximately 22 days after conception. It won't be detectable yet—even though it's beating an average of 110 times a minute. But thanks to ultrasound technology, you (and your doctor) should be able to hear baby’s heartbeat soon.”—Parents magazine

The grim realities behind barring Nancy Pelosi from Communion

In what is surely an American First, the Roman Catholic Archbishop of San Francisco, His Excellency, Salvatore Cordileone, informed Nancy Pelosi, Speaker of the House of Representatives, and third in line to be President, that she is not to receive Communion, “until such time as you publicly repudiate your advocacy for the legitimacy of abortion and confess and receive absolution of this grave sin in the sacrament of Penance.”

It is hard to disagree with the statement attributed to Benjamin Franklin, that “There never has been a good war, or a bad peace.” But far more importantly, Christians should recall the Beatitude Christ gave us: “Blessed are the peacemakers, for they will be called children of God” (Mt 5:9).

Efforts are underway to curtail availability of a highly effective and safe treatment for Covid-19. In an apparent attempt to encourage greater use of mRNA vaccines, some medical organizations are strongly urging that Ivermectin not be used at all to treat Covid-19. This seems to be motivated by an ideological hostility to those who either distrust the vaccines, about which the long-term affects are not known, or have moral questions about the origin of the vaccines.

Beware of the push to mandate COVID vaccination

Congress can decline federal funds to implement COVID vaccine mandates that do not make exemptions for self-determined reasons of conscience, religion and medical concern. If such measures are defeated, there will be a record vote to show the public where our representatives stand. But like Congress, state legislatures and county officials can prohibit state and local funds for implementing mandates that do not allow exemptions for reasons of conscience, religion and medical concerns.

It was the agreement to add a Bill of Rights, and especially express protections for religious practice and conscience, that finally made the establishment of the United States possible. But today a totalitarian clique seeks to replace the Natural Law foundations of America with their own set of despotic practices and policies. Similar influences from the past received sufficient notoriety to be chronicled in history books.

The goal of these measures is to treat policies which recognize sexual distinctions as invidious “discrimination” based on sex, sexual orientation, and gender identity in every aspect of public and private life, including public accommodations, public facilities, adoption and foster care, churches, hospitals and medical care including for pregnancy or related conditions, sports and recreation, education, federal grant funding, women’s shelters, soup kitchens, employment, housing, and credit worthiness.

Aside from prayer, penance and fasting for our country’s return to adherence to the “Laws of Nature and Nature’s God,” Virginia’s James Madison, fourth president of the United States and Father of the Constitution, suggested controlling the power of the purse to effect good public policy. Urge your U.S. Congressman and two U.S. Senators to cut off any FDA funding to implement Joe Biden’s abortion-by-mail policy.

The so-called Equality Act, HR 5, pushed by President Biden and Speaker Nancy Pelosi, will prevent churches which follow sexual morality as taught by Moses and Jesus Christ from obtaining commercial bank loans. Individuals who abide by the same teaching will see their employment opportunities severely curtailed under the bogus Sexual Orientation and Gender Identity (SOGI) provisions of HR 5.

President Joe Biden and Speaker Nancy Pelosi want doctors and health care establishments to perform abortions and sex change operations, provide puberty blockers for minors, and assist at suicides even if private conscience and religious rights are violated. Presently, federal and state conscience laws protect doctors, nurses and health care establishments from having to comply with these immoral practices.

President Biden and Speaker Pelosi want adoption and foster care agencies shut down if they follow the teaching of Moses and Christ which embraces the truth that marriage is a relationship between one man and one woman. They support HR 5, the so-called “Equality Act,” which manipulates the meaning of the word “discrimination.”

“Equality” in sports for President Biden and Democrat House Speaker Nancy Pelosi means allowing a 260 pound male high school football lineman to ram any 118 pound Sally Smith flat on her back on the Soccer field.

Cancel culture comes to Catholics and all Christians

The Equality Act would mandate that those who follow the moral teachings of Moses or Jesus must be excluded from the Public Square, excoriated or penalized for expressing and defending First Amendment protected religious beliefs and practices. Basic procedural fairness requires, at a minimum, that no vote should take place until those with opposing views have had an opportunity to be thoroughly and fairly heard in the same public venue as those who support the Equality Act.

Biden’s policy will remove sports scholarships and other life-advancement opportunities from young women or girls and allow men or boys who “identify” as women to gain the upper hand and jeopardize the personal safety of women.

Governments worldwide are considering the following to address Covid-19: Mandatory vaccination of every person in the world with fast-tracked, never-before-approved vaccines that can alter genes; vaccines using tissue from aborted children; vaccines developed without animal testing prior to human trials; and more. Concerned citizens can still weigh in to affect the outcome!

Equal Rights Amendment: Attempts to Resurrect it 37 Years Too Late

Proponents of a continued effort to ratify the legally defunct Equal Rights Amendment are targeting the State of Virginia, among others, to attempt ratification. The ERA would legally obliterate the real distinctions between male and female, which are essential to any healthy culture—in...

The Supreme Court’s same-sex marriage decision affirmed that same-sex couples must have the same “constellation of benefits” as traditionally married people: “… the right to marry … draws meaning from related rights of ‘childrearing,...