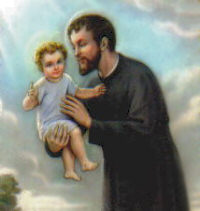 Ordinary Time: Draw near to your servants, O Lord, and answer their prayers with unceasing kindness, that, for those who glory in you as their Creator and guide, you may restore what you have created and keep safe what you have restored. Through our Lord Jesus Christ, your Son, who lives and reigns with you in the unity of the Holy Spirit, God, for ever and ever.

Optional Memorial of St. Sixtus and Companions: By the power of the Holy Spirit, we pray, almighty God, make us docile in believing the faith and courageous in confessing it, just as you granted Saint Sixtus and his companions that they might lay down their lives for the sake of your word and in witness to Jesus. Who lives and reigns with you in the unity of the Holy Spirit, God, for ever and ever.

Optional Memorial of St. Cajetan: O God, who endowed the Priest Saint Cajetan with the grace of imitating the apostolic way of life, grant us, through his example and intercession, to trust in you at all times and to seek unceasingly your Kingdom. Through our Lord Jesus Christ, your Son, who lives and reigns with you in the unity of the Holy Spirit, God, for ever and ever.

The other Optional Memorial on today's General Roman Calendar is St. Cajetan. Cajetan, with the future Pope Paul IV, founded the first congregation of Clerks Regular, a new form of institute which corresponded with the needs of the time. Trust in God was its principal rule; its members were forbidden to ask for alms and depended entirely on the spontaneous charity of the faithful. Such was Cajetan's zeal in seeking the salvation of souls that he came to be called "the hunter of souls." He died at Naples on August 7, 1547.The Roman Martyrology commemorates St. Donatus of Abrezzo. His name occurs second on the list of the bishops of the See of Arezzo. He was arrested under Julian the Apostate and beheaded in A.D. 361. 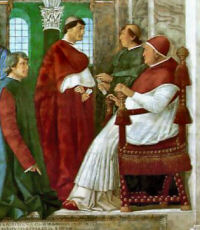 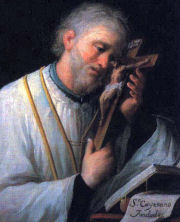 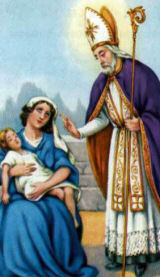 This Saint came with his family to the West, from Nicodemia in the East. He was educated by the priest Pigmenius. As a child he had as a classmate Julian (the later emperor Julian the Apostate). Indeed, on Feb. 4, 362, Julian issued an edict ostensibly of religious equality, but which benefitted paganism at the expense of Christian faith. St. Donatus, his family, and his teacher Pigmenius would all perish in the persecution which followed. Having been made bishop at Arezzo, St. Donatus preached and wrought miracles. He resurrected from the dead a woman named Euphrosina. He defeated a dragon who had ruined a local well. The blind woman Syriana received her sight through his prayer. Asterius, son of the prefect of Arezzo, was afflicted by a demon, but St. Donatus drove out the devil and set Asterius free. Once pagans attacked the church where the Saint was celebrating the Holy Liturgy. They shattered the chalice which was used, but the Saint, after intense prayer, collected the pieces together. None of the Lord’s Blood spilled. Amazed, seventy-nine pagans converted to the Christian faith. A month after this miracle, Quadratian the prefect of Arezzo arrested a monk named Hilarian and the bishop Donatus. St. Hilarian was martyred in 362 on July 16. St. Donatus was beheaded upon August 7.—Excerpted from Brighton OratorySymbols: Dragon emerging from a well; chalice; crozier; sword.Things to Do:
Find us on Social Media.