Tuesday of the Sixth Week in Ordinary Time 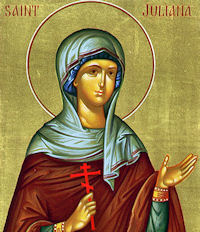 Tuesday before Ash Wednesday is a celebration marking the time until the start of the penitential season of Lent, a time of prayer, fasting and penance through a period of 40 days until Easter. The time after Epiphany until Lent begins is often referred to as "Carnival" when Catholics and others celebrate with festivities before the time of penance.

But the Tuesday before Ash Wednesday has several traditional names. In the United States, it is most commonly known as Mardi Gras, French for Fat Tuesday, tying in the tradition of consuming foods containing animal fat before the beginning the traditional harsh Lenten fast. The season of "Mardi Gras" or Carnival begins after Epiphany and ends midnight of Fat Tuesday, with many hosting their own carnivals or parties. The largest Mardi Gras celebration in the United States takes place in New Orleans. Tying in with theme of "Fat Tuesday" and consuming the animal fats, some countries, including England and Ireland, celebrate Pancake Day by consuming pancakes. For centuries, it has been a tradition to eat pancakes or other foods made with butter, eggs and fat, which would be given up during Lent.Another traditional name is Shrove Tuesday, from the old English word shrive, meaning to confess all sins. Catholics usually prepare for Lent by spiritually removing themselves of sin through the Sacrament of Reconciliation before Ash Wednesday. No matter the name, the day before Ash Wednesday is a reminder of the sacrifice that is to come in the next 40 days. We also are reminded of the sacrifices Jesus made as he fasted and prayed for 40 days after his Baptism and before the beginning of his ministry. Catholics are encouraged to fast, pray and confess sins during this penitential season. --Adapted from the Archdiocese of St. Louis 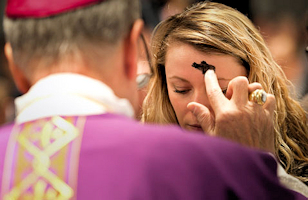 No Lent is worthy of the name without a personal effort of self-reformation, of leading a life more in accordance with God's commands and an attempt by some kind of voluntary self-denial to make reparation for past negligence. But the Church, together with the personal effort which she requires of all of us, her children, sets up in the sight of God the cross of Christ, the Lamb of God who took upon Himself the sins of man and who is the price of our redemption. As Holy Week approaches the thought of the passion becomes increasingly predominant until it occupies our whole attention, but from the very beginning of Lent it is present, for it is in union with the sufferings of Christ that the whole army of Christians begins on the holy "forty days," setting out for Easter with the glad certitude of sharing in His resurrection.

"Behold, now is the acceptable time, behold, now is the day of salvation." The Church puts Lent before us in the very same terms that formerly she put it before the catechumens and public penitents who were preparing for the Easter graces of baptism and sacramental reconciliation. For us, as it was for them, Lent should be a long retreat, one in which under the guidance of the Church we are led to the practice of a more perfect Christian life. She shows us the example of Christ and by fasting and penance associates us with his sufferings that we may have a share in His redemption.We should remember that Lent is not an isolated personal affair of our own. The Church avails herself of the whole of the mystery of redemption. We belong to an immense concourse, a great body in which we are united to the whole of humanity which has been redeemed by Christ. The liturgy of this season does not fail to remind us of it. This, then, is the meaning of Lent for us: a season of deepening spirituality in union with the whole Church which thus prepares to celebrate the Paschal mystery. Each year, following Christ its Head, the whole Christian people takes up with renewed effort its struggle against evil, against Satan and the sinful man that each one of us bears within himself, in order at Easter to draw new life from the very springs of divine life and to continue its progress towards heaven.Excerpted from The Saint Andrew Daily Missal

In 1958, Pope Pius XII declared the Holy Face of Jesus a movable feast on Shrove Tuesday. Devotion to the Holy Face was revealed by Jesus to Sister Marie of St. Peter (1816-1848) a Carmelite nun of Tours in France. The primary purpose of the devotion is to make reparation for sins against the first three commandments. See this article for more information. 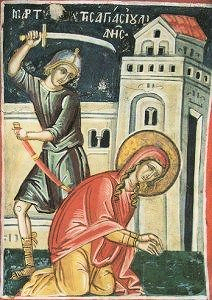 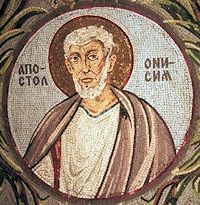