Tuesday of the Sixth Week of Ordinary Time

According to the 1962 Missal of St. John XXIII the Extraordinary Form of the Roman Rite, today is the feast of St. Simeon, bishop and martyr. He was successor to the apostle St. James in the See of Jerusalem and was arrested and probably crucified in about A.D. 110, under the emperor Trajan. He ruled over the Church of Jerusalem for forty years. 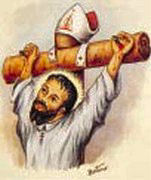 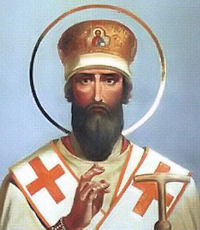 St. Flavian was patriarch of Constantinople, and he was hated by the Emperor Theodosius II's chancellor, partly because he would not give Church money to the Emperor. In 448, St. Flavian held a synod that condemned the abbot Eutyches for denying that Jesus Christ had two distinct natures, a denial that was the beginning of the Monophysite heresy. Eutyches then appealed to Pope St. Leo I, but the Pope sustained the decision and wrote his famous "Leo's Tome" to St. Flavian, a letter expounding the orthodox position on the matter. The Emperor called another council at Ephesus in 449, which St. Leo later called a "robber synod." Conducted in open violence, it unjustly deposed St. Flavian and Eusebius, Eutyches' accuser in 448. St. Flavian was beaten so severely that he died days later in his place of exile. In 451 the Council of Chalcedon vindicated St. Flavian, reinstated Eusebius and exiled the Bishop of Alexandria, who had supported the heresy. St. Pulcheria had St. Flavian's body brought back to Constantinople and buried with those of his predecessors.

— Excerpted from Saints Calendar & Daily Planner by Tan BooksThings to Do: