Saturday of the Sixteenth Week of Ordinary Time 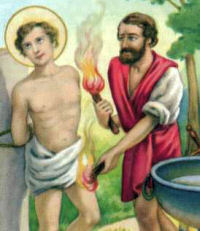