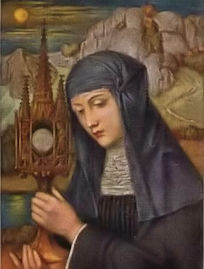 Phaolo was born in 1793 at Trinh-Ha village, Thanh Hoa Province, now Vietnam, to wealthy parents. As a child he studied under a local Confucian scholar, until his parents sent him at twelve years of age to the Catholic seminary at Ke-Vinh.
The seminary described Phaolo as prayerful, ascetical and studious. He enjoyed reading the lives of saints and reminded everyone that they also were called to be saints. He felt called to live as a hermit and left the seminary to live in a cave, surviving on rice and fruit, passing his days in prayer and mortification.The local Bishop then asked Phaolo to help in the work of bringing missionary priests back to the area. After this, he settled down in the mountains of Laos, mixing missionary work with being a reclusive hermit.When persecution of Christians broke out in 1841, Phaolo was arrested by government officials and he spent the next seven years in prison at Hanoi. Shortly after receiving the death sentence he wrote to a seminarian describing his experience in prison:

Emperor Thieu Tri in 1848, commuted Phaolo’s sentence from death to perpetual exile in Phu Yen Province. At the end of the same year the new Emperor, Tu Duc, granted an amnesty to all exiles.Phaolo then travelled to the seminary at Ke-Vinh, where he renewed his studies, later being ordained a priest.After exercising his priestly ministry until 1855, some mandarins complained to the governor about Christians and Phaolo was arrested again. For working as a priest, he was classed as a criminal and was sentenced to be decapitated. Early next day he was led to the place of execution. His last words were: "The religion of the Heavenly Master is perfectly true, even though our king and the sovereigns of other nations persecute it and wish to destroy it. But this religion will be victorious, and in the future it will count more adherents than it ever has had in the past." The executioner then came with his sword and the death sentence was carried out.Overall, St Paul’s spirituality had centred on the Cross of Jesus and the practice of prayer and asceticism. St Paul Le-Boa Tinh was canonized a saint by Pope John Paul II in 1988.--Adapted from Prayers4Reparation's Blog
Find us on Social Media.