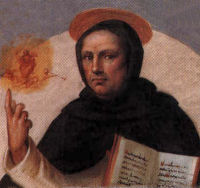 O God, who raised up the priest Saint Vincent Ferrer to minister by the preaching of the Gospel, grant, we pray, that, when the Judge comes, whom Saint Vincent proclaimed on earth, we may be among those blessed to behold him reigning in heaven. Who lives and reigns with you in the unity of the Holy Spirit, God, for ever and ever. 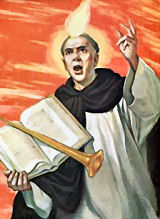 Friday of the 4th Week of Lent
Station at St. Eusebius (Sant'Eusebio all'Esquilino):
Ancient church dedicated to St Eusebius of Vercelli, 4th century bishop. The church was financed by St Eusebius of Bologna, and is first mentioned in 474. This means that it's one of the oldest churches in Rome; it was one of the first parish churches known as the Titulus Eusebi.