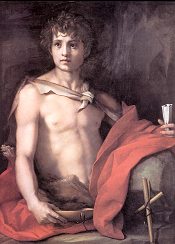 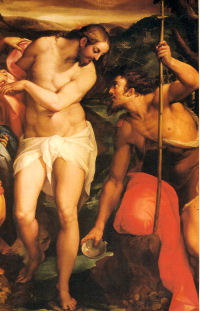 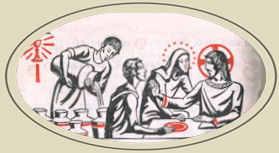 A lesson to our young married couples of today! Believe and trust in Him to keep your family if you keep His Word! A spiritual change also took place, since "His disciples believed in Him" (Gospel).Consider the daily miracle of God's "grace that has been given us" (Epistle), to change from evil to good in both single and married life. Jesus "kept the good wine" of Divine Life for us (symbolized by Chalice at left in the picture). We must "fill the jars . . . (of our good will) to the brim" (Gospel).Let us recognize the "great things" (Offertory) done for our soul through Mary's prayers to Jesus. Like the disciples, let us "believe" and "do whatever He tells" us (Gospel).— Excerpted from My Sunday Missal, Confraternity of the Precious Blood
Stay in Touch!
Subscribe to Insights...free!
News, analysis & spirituality by email, twice-weekly from CatholicCulture.org.