Tuesday of the Thirty-Fourth Week of Ordinary Time

Other Commemorations: St. James of the Marches, priest (Hist) 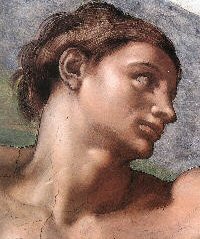 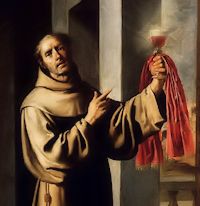 When traveling one day near Assisi, however, he went into the Church of the Portiuncula to pray, and moved by the fervor of the holy men who there served God and by the example of their blessed founder Saint Francis, he determined to petition in that very place for the habit of the Order. He was then twenty-one years of age; he received the habit near Assisi, at the convent of Our Lady of the Angels. He began his spiritual war against the world, the flesh and the devil in prayer and silence in his cell, joining extraordinary fasts and vigils to his assiduous prayer. He fell ill with a number of different illnesses which for thirty years he endured with heroic patience, without ever exempting himself from saying Holy Mass or assisting at the offices in common. For forty years he never passed a day without taking the discipline.When, through the response of the Mother of Heaven to his prayers, he became able to preach, he carried out that ministry with such great fervor and power that he never failed to touch the most hardened hearts and produce truly miraculous conversions. He joined Saint John of Capistrano to preach a crusade against the Turks, who had become masters of Constantinople and were terrorizing Western Europe. At Buda he effected the miraculous cessation of a furious sedition by simply showing the crucifix to the people; the rebels themselves took him upon their shoulders and carried him through the streets of the city. At Prague he brought back to God many who had fallen into error, and when a magician wanted to dispute with him, he rendered him mute and thus obliged him to retire in confusion. He traveled through the northern Provinces, into Germany, Dalmatia, Hungary, Poland, Norway and Denmark and many other places; he went without any provisions other than his confidence in God. If he found no aid or was without lodging he rejoiced in his union with Lady Poverty, to whom he was joined by his religious profession.When he was called back to Italy to labor against a heresy, he acquired new persecutors who attempted in several ways, including ambushes, poison, calumny and the arousing of seditions against him, to do away with him. But God delivered him each time from the most adroitly conceived artifices. When chosen as Archbishop of Milan, he fled, and could not be prevailed on to accept the office. He brought about several miracles at Venice and at other places, often by the simple Holy Name of Jesus written on a paper. He raised from dangerous illness the Duke of Calabria and the King of Naples. The Saint died in the Franciscan convent of the Holy Trinity near Naples, to which city the Holy Father had sent him at the prayer of its King, Ferdinand. The date was the 28th of November of the year 1476; he was ninety years old, and had spent seventy of those years in religion.—Excerpted from Les Petits Bollandistes: Vies des Saints, by Msgr. Paul Guérin (Bloud et Barral: Paris, 1882), Vol. 13; Little Pictorial Lives of the Saints, a compilation based on Butler's Lives of the Saints and other sources by John Gilmary Shea (Benziger Brothers: New York, 1894).Patronage: Monteprandone, Italy; Naples, ItalyOften Represented As: priest holding in his right hand a chalice from which a snake is escaping;
chalice and serpent; Franciscan holding a chalice and a veil; Franciscan with a staff, castanets at his girdle, pointing to IHS (from CatholicSaints.info)Things To Do: