Other Commemorations: Our Lady of Victory (Hungary) 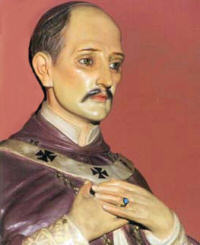 O God, who gave increase to your Church through the apostolic labors and zeal for truth of the Bishop Saint Turibius, grant that the people consecrated to you may always receive new growth in faith and holiness. Through our Lord Jesus Christ, your Son, who lives and reigns with you in the unity of the Holy Spirit, God, for ever and ever. 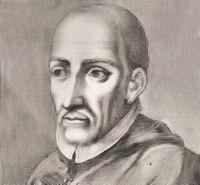 Together with Rose of Lima, Turibio (also Turibius) is the first known saint of the New World, serving the Lord in Peru, South America, for twenty-six years. 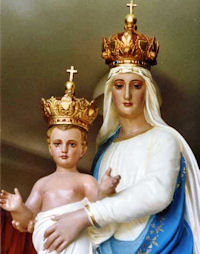 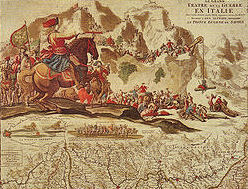 The son of Prince Eugene Maurice of Savoy was born in 1663 and named Eugene after his father. Throughout his early youth he brought himself as an exemplary Catholic. Many at court thought that Eugene was destined at becoming an abbot, in fact he was referred to as the ‘petit abbe’ or the ‘little abbot.’ To the court’s surprise, Eugene developed a liking for the military but was denied entrance by the king. Eugene left France to enroll within the Austrian military, and was deployed where the most need was required, that meant against the invading Ottomans. In 1683, Eugene distinguished himself at Petronell and was appointed Commander of a Dragoon regiment. He served against the Ottomans at Buda and Belgrade. In 1690, the Ottoman Turks recaptured Belgrade and Eugene defeated the Ottomans at the Battle of Zenta. The 1699, the ‘Treaty of Karlowitz’ followed the victory. After Karlowitz, a short time of peace was welcome, unfortunately, the Ottoman Empire was not true to the treaty. The Empire ignored its pledges of Peace and invaded the West, retaking Morea from Venice in 1714. The Austrians declared war on the Ottoman Empire on April 13, 1716. Prince Eugene of Savoy defeated the Ottoman Turks at the Battle of Peterwardein on August 5 (Feast of Our Lady of the Snows) and Temesvar on the morrow of the Feast of Our Lady of the Pillar, October 13, 1716, he captured Belgrade. In 1716, the Battle at Peterwardein witnessed an Ottoman army consisting of 40,000 Janissaries, 20,000 Sipahis and 10,000 Tartars under the command of Grand Vizier Damad Ali. Battles started on August 3, and on August 5 the Austrian counter-attack under Prince Eugene began. The Austrians attacked by encircling the Sipahis and the Tartars, who gave way to the superior, disciplined army. Following this victory, Eugene attacked the Ottoman camp and was supported by the firing cannon of six frigates from the Danube River. In the Ottoman camps many were slain, including Damad Ali, their Commander. An event which was considered unusual for the time and season of the year, was a heavy snowfall on the morning of August 5, which covered Peterwardein. Prince Eugene sought the intercession of Our Lady of the Snows and following this victory granted by Our Lady’s intercession; he commemorated this event by ordering the construction of a church on Tekije Hill. The church overlooks the battlefield and is today known as ‘Our Lady of Tekije’ and ‘Our Lady of the Snows.’ The church is used both by the Roman Catholic and Orthodox denominations. On the morrow of the Feast of the Assumption of 1717, on August 16, the Ottoman forces were ousted from Belgrade. At the Treaty of Passarowitz on July 21, 1718, the Ottoman Empire ceded the Banat, Serbia, a portion of Bosnia and Vallachia to Austria.—Excerpted from The Catholic Southern Front Dispatch Chapter 9/32 - Hungary invaded Things to Do:

Wednesday of the Third Week of Lent
Station with San Sisto il vecchio (St. Sisto):
This church was called "San Sisto il vecchio" because it is the oldest convent in Rome of the sons of the Saint of Callaroca. The current construction is quite recent; in fact it was built in 1700 by the Dominican Pope Benedict XIII (1724-1730). He certainly did it to honor the memory of the Founder of the Order, San Domenico, who had his first Roman residence here; Honorius III, after having approved the Order of Preachers, gave him this temple. Tradition has it that at this church Pope Sixtus II met with San Lorenzo to whom he predicted the martyrdom which, moreover, happened after three days.
As of 2019, there is a temporary closure. Currently the substitute Station Church is Ss. Nereo e Achilleo (Saints Nereus and Achilleus), two soldiers and martyrs of the 4th century.