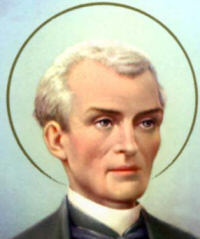 God our Father, in St. Peter Julian Eymard you gave a light to your faithful people. You made him a pastor of the Church to feed your sheep with his word and to teach them by his example. Help us by his prayers to keep the faith he taught and follow the way of life he showed us. Grant this through our Lord Jesus Christ, your Son, who lives and reigns with you and the Holy Spirit, God, for ever and ever. Amen.

St. Eusebius was a Roman priest of the fourth century. According to the acts relating his martyrdom he was condemned by Constantius, the Arian Emperor, to be starved to death in a room in his own house. He was buried in the cemetery of St. Calixtus. His cult has always enjoyed special favor in Rome and his house was transformed into a church.According to the 1962 Missal of Bl. John XXIII the Extraordinary Form of the Roman Rite, today is the feast of St. Alphonsus de Liguori. His feast in the Ordinary Form of the Roman Rite is now celebrated on August 1. It is also the commemoration of St. Stephen I, a Roman, who ruled the Church from 254 to 257 during the reign of the Emperor Valerian. He is famous for his correspondence with St. Cyprian about the validity of baptism administered by heretics. The pope's martyrdom was the beginning of Valerian's persecution. 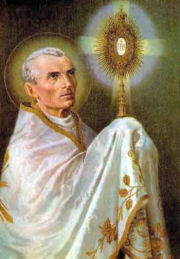 His years as a Marist, including service as a provincial leader, saw the deepening of his Eucharistic devotion, especially through his preaching of Forty Hours in many parishes.The Congregation of the Blessed Sacrament began working with children in Paris to prepare them to receive their first Communion. It also reached out to non-practicing Catholics, inviting them to repent and begin receiving Holy Communion again. He was a tireless proponent of frequent Holy Communion, an idea given more authoritative backing by Pope Pius X in 1905.Inspired at first by the idea of reparation for indifference to the Eucharist, Peter Julian was eventually attracted to a more positive spirituality of Christ-centered love. Members of the men's community, which Peter founded, alternated between an active apostolic life and contemplating Jesus in the Eucharist. He and Marguerite Guillot founded the women's Congregation of the Servants of the Blessed Sacrament.Peter Julian Eymard was beatified in 1925 and canonized in 1962, one day after Vatican II's first session ended. --Excerpted from the Saint of the Day, Leonard Foley, O.F.M.Things to Do: 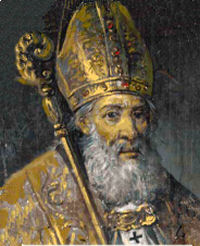 Eusebius was the founder of the Canons Regular, priests living under a religious rule and dedicated to pastoral work. The Canons Regular was the immediate result of the rise of monasticism in the East, and St. Eusebius of Vercelli saw the possibilities of this new movement for the clergy. His example was imitated all over the West and brought about a renewal of clerical life. He was born in Sardinia and as a child was taken to Rome, where he became a member of the Roman clergy under Pope Julius. Consecrated for the see of Vercelli in 344, he gathered his clergy into a community life, founding also the dioceses of Turin and Embrun. In 355, he attended the Council of Milan as legate of Pope Liberius, which defended St. Athanasius against those Western bishops intimidated by the emperor. When Eusebius was ordered along with other bishops to condemn Athanasius, he refused, insisting instead that they all sign the Nicene Creed. When threatened by the emperor, Eusebius stood his ground and told the emperor he had no right interfering in Church matters.

In anger, the emperor sent Eusebius into exile in Palestine, where he was severely mistreated by the Arians. He was moved around from place to place and after his release by the Emperor Julian he consulted with Athanasius in Alexandria on the Arian crisis. Returning to Italy, he joined with St. Hilary of Poitiers in opposing the Arian bishop of Milan and returned to Vercelli amid the rejoicing of his people.Eusebius is considered by many to be the author of the Athanasian Creed, and a copy of the Gospels written in his own hand is preserved in the cathedral at Vercelli. He died on August 1, 371, his courage in suffering for the faith inspiring other bishops to oppose the Arian heresy.--Excerpted from the The One Year Book of Saints by Rev. Clifford StevensThings to Do: 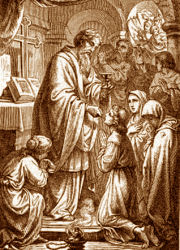 An important controversy then arose on the subject of baptism administered by heretics. St. Cyprian and three African synods declared that such baptism was null and void, and that one so baptized must be baptized anew upon becoming a Catholic; this innovation was supported by many bishops in Asia. St. Stephen faithfully upheld the ancient accepted teaching that, other things being equal, baptism given by heretics is valid, and was violently abused by Firmilian of Casarea in Cappadocia in consequence. "No innovation must be introduced," declared the pope, "but let that be observed which tradition has handed down," and refused to receive the delegates of the African synod that supported St. Cyprian in the year 256. Stephen thought of excommunicating the innovators, writes St. Augustine, "but, having the pity of holy charity, he judged it better to abide in union. The peace of Christ triumphed in their hearts," but the disagreement continued.St. Stephen sent material succour to the faithful in the provinces of Syria and Arabia, and is said to have taken the first step in the emergence of liturgical vestments: the Liber Pontificalis states that he ordered that clothes worn by clerics at church services were to be kept for that purpose, and not taken into daily use or worn by laymen. --Excerpted from the A Dictionary of the Popes, Donald Attwater 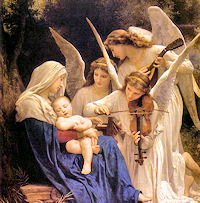 --Excerpted from A Litany of Mary by Ann Ball