Friday of the Thirty-Third Week in Ordinary Time; Optional Memorial of the Dedication of the Basilicas of Sts. Peter and Paul, Apostles; St. Rose Philippine Duchesne, Virgin (USA) 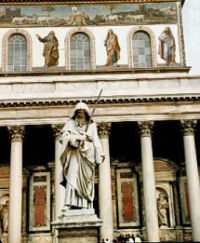 Thirty-Third Week in Ordinary Time: Grant us, we pray, O Lord our God, the constant gladness of being devoted to you, for it is full and lasting happiness to serve with constancy the author of all that is good. Through our Lord Jesus Christ, your Son, who lives and reigns with you in the unity of the Holy Spirit, God, for ever and ever.

Optional Memorial of the Dedication of the Basilicas of Sts. Peter and Paul: Defend your Church, O Lord, by the protection of the holy Apostles, that, as she received from them the beginnings of her knowledge of things divine, so through them she may receive, even to the end of the world, an increase in heavenly grace. Through our Lord Jesus Christ, your Son. who lives and reigns with you in the unity of the Holy Spirit, God, for ever and ever.

Optional Memorial of St. Rose Philippine Duchesne: Almighty God, who filled the heart of Saint Rose Philippine Duchesne with charity and missionary zeal, and gave her the desire to make you known among all peoples, grant us to follow her way and fill us with that same love and zeal to extend your Kingdom to the ends of the earth. Through our Lord Jesus Christ, your Son. who lives and reigns with you in the unity of the Holy Spirit, God, for ever and ever.

You will make them princes over all the earth; they will remember your name through all generations. Thus the peoples will praise you for ever, from age to age.

We praise you, O God, we acclaim you as Lord; the glorious company of Apostles praise you.

O Lord, you have the words of eternal life, and we have come to believe that you are the Christ, the son of God.

Today is the Optional Memorial of the Dedication of the Basilicas of Sts. Peter and Paul. The whole Church celebrates the dedication of the two great Roman basilicas of St. Peter at the Vatican and of St. Paul-Outside-the-Walls. The Basilica of St. Peter stands on the site of the tomb of the Prince of the Apostles, where Nero's Circus stood. It was here that St. Peter was executed. Recent excavations have shown that the present basilica which, in the seventeenth century replaced the ancient Constantinian basilica, was built over the tomb of St. Peter, just as the previous basilica. It was consecrated by Urban VIII on November 18, 1626. St. Paul-Outside-the-Walls, situated at the other end of the city on the Ostian Way, is built near the place St. Paul was martyred. It was almost completely destroyed by fire in 1823 and was rebuilt in sumptuous fashion by Gregory XVI and Pius IX and consecrated by the latter on December 10, 1854. The celebration of the anniversary of these two dedications has been kept, nevertheless, on November 18.

In the USA it is also the Optional Memorial of St. Rose Philippine Duchesne (1769-1852). Rose was born in Grenoble, France in 1769, and became a Visitation nun during the French Revolution. After her convent was closed during the reign of terror, she joined the Society of the Sacred Heart. She was sent to the Louisiana territory as a missionary and founded a boarding school for daughters of pioneers near St. Louis and opened the first free school west of Missouri. She also began a school for Indians. She died in 1852 in St. Charles, Missouri, and was canonized in 1988. 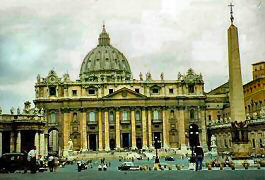 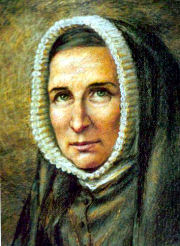