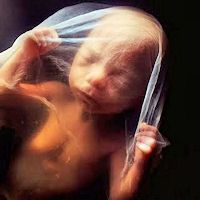 The relevant change reads: “The liturgical celebrations for this day may be the Mass “For Giving Thanks to God for the Gift of Human Life? (no. 48/1 of the Masses and Prayers for Various Needs and Occasions), celebrated with white vestments, or the Mass “For the Preservation of Peace and Justice? (no. 30 of the Masses and Prayers for Various Needs and Occasions), celebrated with violet vestments.”In addition to this special Mass on this day, perhaps your parish, school or religious formation program could encourage traditional forms of penance, host pro-life and chastity speakers, lead informative projects that will directly build up the culture of life, show a pro-life film, raise funds for local crisis pregnancy centers or offer additional prayer services. According to the 1962 Missal of St. John XXIII the Extraordinary Form of the Roman Rite, today is the feast of Sts. Vincent and Anastasius. During the early years of the fourth century, Vincent, a young deacon, was inhumanly tortured by Dacian, Roman governor of Valencia in Spain. Vincent rejoiced in his sufferings until he drew his last breath. More than three hundred years later, Anastasius the Persian, a convert from the priestly caste of Magi, endured a similar martyrdom in distant Assyria. Through all the Christian sacrifices to that of Calvary for the salvation of every man born into the world.The Week of Prayer for Christian Unity 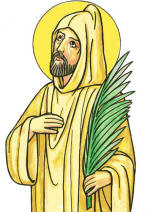 St. Anastasius
The Roman Martyrology relates: At Bethsaloen in Assyria, St. Anastasius, a Persian monk, who after suffering much at Caesarea in Palestine from imprisonment, stripes, and fetters, had to bear many afflictions from Chosroes, king of Persia, who caused him to be beheaded. He had sent before him to martyrdom seventy of his companions, who were drowned in a river. His head was brought to Rome, at Aquæ Salviæ, together with his revered image, by the sight of which demons are expelled, and diseases cured, as is attested by the Acts of the second Council of Nicea. The saint was venerated highly in Rome.