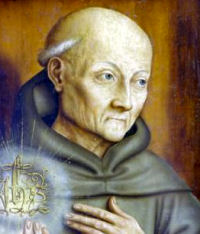 O God, who gave the Priest Saint Bernardine of Siena a great love for the holy Name of Jesus, grant through his merits and prayers, that we may ever be set aflame with the spirit of your love. Through our Lord Jesus Christ, your Son, who lives and reigns with you in the unity of the Holy Spirit, God, for ever and ever. 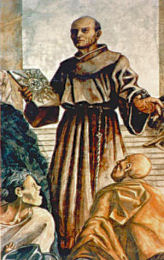