Thursday of the Fourth Week of Ordinary Time 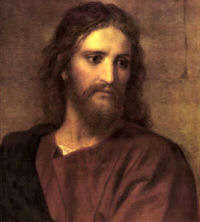 Pope Benedict XVI will grant a Plenary Indulgence to the faithful participating in the 21st World Day of the Sick to be celebrated February 7-11, in Altotting, Germany according to a decree published today and signed by Cardinal Manuel Monteiro de Castro and Bishop Krzysztof Nykiel, respectively penitentiary major and regent of the Apostolic Penitentiary.

Persons following the example of the Good Samaritan, who "with a spirit of faith and a merciful soul, put themselves at the service of their brothers and sisters who are suffering or who, if sick, endure the pains and hardships of life – bearing witness to the faith through the path of the Gospel of suffering" will obtain the Plenary Indulgence, once a day and under the usual conditions (sacramental Confession, Eucharistic communion and prayer in keeping with the intentions of the Holy Father), applicable also to the souls of deceased faithful:

A) each time from 7–11 February, in the Marian Shrine of Altotting or at any other place decided by the ecclesiastical authorities, that they participate in a ceremony held to beseech God to grant the goals of the World Day of the Sick, praying the Our Father, the Creed, and an invocation to the Blessed Virgin Mary.

The Supreme Lover
The Goodness of God means that God gives us what we need for our perfection, not what we want for our pleasure and sometimes for our destruction. As a sculptor, He sometimes applies the chisel to the marble of our imperfect selves and knocks off huge chunks of selfishness that His image may better stand revealed. Like a musician, whenever He finds the strings too loose on the violin of our personality, He tightens them even though it hurts, that we may better reveal our hidden harmonies.

As the Supreme Lover of our soul, He does care how we act and think and speak. What father does not want to be proud of his son? If the father speaks with authority now and then to his son, it is not because he is a dictator, but because he wants him to be a worthy son. Not even progressive parents, who deny discipline and restraint, are indifferent to the progress of their children. So long as there is love, there is necessarily a desire for the perfecting of the beloved.That is precisely the way God's goodness manifests itself to us. God really loves us and, because He loves us, He is not disinterested. He no more wants you to be unhappy than your own parents want you to be unhappy. God made you not for His happiness, but for yours, and to ask God to be satisfied with most of us as we really are, is to ask that God cease to love. — Archbishop Fulton J. Sheen