Thursday of the Twentieth Week in Ordinary Time 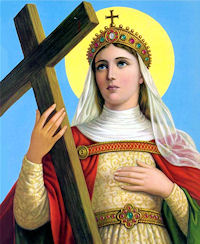 Twentieth Week in Ordinary Time: O God, who have prepared for those who love you good things which no eye can see, fill our hearts, we pray, with the warmth of your love, so that, loving you in all things and above all things, we may attain your promises, which surpass every human desire. Through our Lord Jesus Christ, your Son, who lives and reigns with you in the unity of the Holy Spirit, God, for ever and ever.

If today you hear his voice, harden not your hearts.

Today in the Roman Martyrology is the commemoration of St. Agapitus (d. 259), a martyr of Palestrina, not far from Rome. His cult, which is very ancient, was particularly popular in the eternal city where Felix III (492) caused a church to be built in his honor. Ancient inscriptions show clearly the great confidence placed in the intercession of this martyr.

It is also the commemoration of St. Helena (248-328), empress, and mother of Constantine the Great. She discovered the True Cross in a rock-cistern near Mount Calvary. 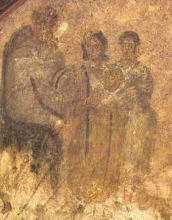 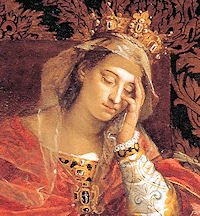