Saturday of the Seventh Week of Easter; Optional Memorial of Saint Rita of Cascia, religious 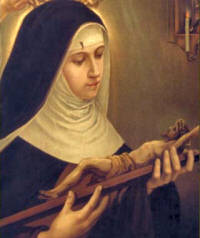 Grant, we pray, almighty God, that we, who have celebrated the paschal festivities, may by your gift hold fast to them in the way that we live our lives. Through our Lord Jesus Christ, your Son, who lives and reigns with you in the unity of the Holy Spirit, God, for ever and ever.

Bestow on us, we pray, O Lord, the wisdom and strength of the Cross, with which you were pleased to endow Saint Rita, so that, suffering in every tribulation with Christ, we may participate ever more deeply in his Paschal Mystery. Who lives and reigns with you in the unity of the Holy Spirit, God, for ever and ever.
show 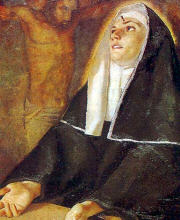