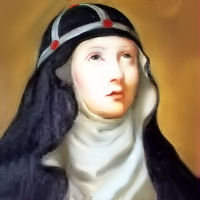 According to the Roman Martyrology, the feast of St. Catherine of Sweden, the fourth child of St. Bridget of Sweden, is celebrated today.This Saturday, in the early ages of Christianity, was called Sitientes, from the first word of the Introit of the Mass, in which the Church addresses her catechumens in the words of Isaias and invites them that thirst after grace to come and receive it in the holy Sacrament of Baptism. Stational Church 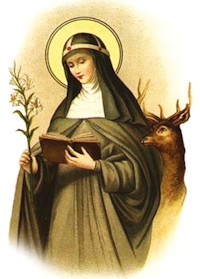 Thursday of the Third Week of Lent
Station with Santi Cosma e Damiano (Sts. Cosmas and Damian):
The Station is at the church of Sts. Cosmas and Damian, physicians. These martyrs were twin brothers originating from Arabia. They practiced medicine in Aegea, Cilicia, but accepted no money from the poor. Their beautiful Christian lives edified the pagans and convertedmany to the Faith. They were arrested in the persecution of Diocletian, subjected to torture, and finally beheaded.