Action Alert!
Catholic Culture NEEDS your help!: $38,744 left to match to win a $60K grant. Deadline is Pentecost, June 5th—we are critically behind!

Memorial of the Immaculate Heart of Mary and St. Anthony of Padua, priest & doctor 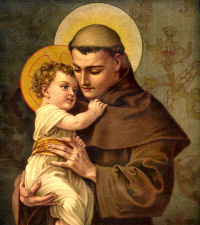 Grant, Lord God, that we, your servants, may rejoice in unfailing health of mind and body, and, through the glorious intercession of Blessed Mary ever-Virgin, may we be set free from present sorrow and come to enjoy eternal happiness. Through our Lord Jesus Christ, your Son, who lives and reigns with you in the unity of the Holy Spirit, God, for ever and ever.

In the midst of the second world war Pope Pius XII put the whole world under the special protection of our Savior's Mother by consecrating it to her Immaculate Heart, and in 1944 he decreed that in the future the whole Church should celebrate the feast of the Immaculate Heart of Mary. This is not a new devotion. In the seventeenth century, St. John Eudes preached it together with that of the Sacred Heart; in the nineteenth century, Pius VII and Pius IX allowed several churches to celebrate a feast of the Pure Heart of Mary. Pius XII instituted today's feast of the Immaculate Heart of Mary for the whole Church, so as to obtain by her intercession "peace among nations, freedom for the Church, the conversion of sinners, the love of purity and the practice of virtue" (Decree of May 4, 1944). 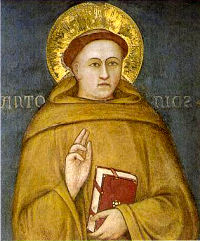