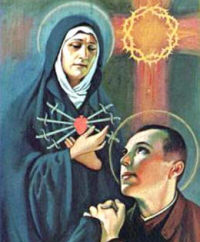 Grant that your faithful, O Lord, we pray, may be so conformed to the paschal observances, that the bodily discipline now solemnly begun may bear fruit in the souls of all. Through our Lord Jesus Christ, your Son, who lives and reigns with you in the unity of the Holy Spirit, one God, for ever and ever.

Historically today is the feast of St. Leander of Seville, brother of St. Isidore of Seville, who was the Bishop of Seville instrumental in effecting the conversion to Catholicism of the Visigothic kings Hermengild and Reccared of Hispania (the Iberian Peninsula, comprising both modern Spain and Portugal).Today is the first of the traditionally observed Ember Friday of the Spring Ember Days. There are two principal objects for the Ember Days of this period of the year: the first is to publicly offer thanks to God the season of Spring, and secondly to ask God to bless the fruits of the earth and human labor. A third traditional focus of the Ember Days is to ask Him to enrich with His choicest graces the priests and sacred ministers particularly those who might be ordained on the upcoming Ember Saturday.Stational Church


St. Gabriel of Our Lady of Sorrows 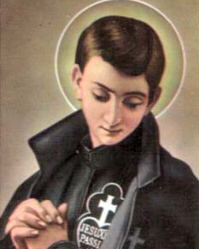 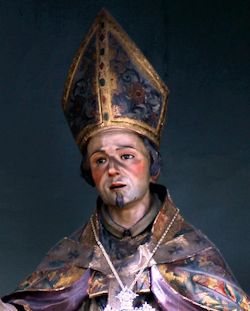 Thursday after Ash Wednesday, Station with San Giorgio in Velabro (St. George at Velabrum):
Pope St. Gregory established a diaconia, an institution that cared for the poor, at the site of this church. The area has a special place in the history of Rome, as an ancient tradition claims that it was here that Romulus killed his brother Remus before founding the city.