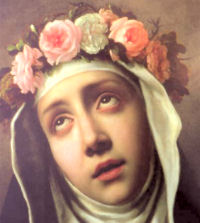 God our Father, for love of you Saint Rose gave up everything to devote herself to a life of penance. By the help of her prayers may we imitate her selfless way of life on earth and enjoy the fullness of your blessings in heaven. Grant this through our Lord Jesus Christ, your Son, who lives and reigns with you and the Holy Spirit, God, for ever and ever. Amen. 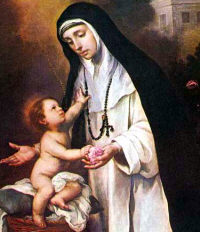 Philip died at Todi in Tuscany. During his last hours he requested the attending Brother to bring him his book. The Brother did not understand what he meant. "The crucifix," the saint added. That was the book the saint had studied all the days of his life. --Excerpted from The Church's Year of Grace, Pius Parsch Patron: Sergio Osmena, Zamboanga del Norte, Philippines.Symbols: Chariot; olive branch; red robes; surgical instruments; two angels holding three crowns.Things to Do: