Action Alert!
SPECIAL DOUBLE MATCH: With 2 days left, your gift now is worth 4x its amount! Your gift will be matched... AND MATCHED AGAIN. Only $15,136 remaining! Donate now! 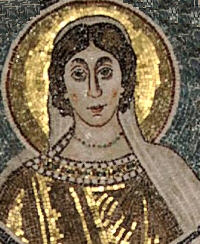 St. Agatha died in defense of her purity, in Catania, Sicily, where she was born. After Quintanus, the governor of Sicily, tried in vain to force her to consent to sin, she was imprisioned for a month with an evil woman. He then turned from sensuality to cruelty and had her breasts cut off; but that night Agatha was healed by St. Peter. She was then rolled over sharp stones and burning coals, and finally taken to prison where she died while praying. Her name appears in the Roman Canon.

Today is the day before Ash Wednesday, called Mardi Gras or Fat Tuesday. Traditionally, it is the last day for Christians to indulge before the sober weeks of fasting that come with Lent. Formally known as Shrove Tuesday, Mardi Gras has long been a time of extravagant fun for European Christians. In many southern states of the USA Mardi Gras is a traditional holiday. The most famous celebration takes place in New Orleans, Louisiana. It has been celebrated there on a grand scale, with masked balls and colorful parades, since French settlers arrived in the early 1700s.On April 17th, 1958, His Holiness Pope Pius XII confirmed the Feast of the Holy Face of Jesus on Shrove Tuesday (Tuesday before Ash Wednesday) for all the dioceses and religious orders who would ask for the Indult from Rome in order to celebrate it. You can learn more about this devotion at Holy Face Devotion and at the Holy Face Association. 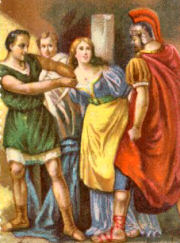