Friday of the Twenty-First Week of Ordinary Time 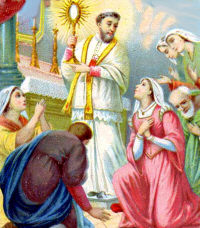 Father, help us to seek the values that will bring us lasting joy in this changing world. In our desire for what you promise make us one in mind and heart. Grant this through our Lord Jesus Christ, your Son, who lives and reigns with you and the Holy Spirit, God, for ever and ever. Amen.

St. Raymund Nonnatus devoted his life to the ransoming of Christians held prisoner by the Mohammedans. He was one of the first members of the Order of Our Lady of Ransom (or Mercedarians) founded by St. Peter Nolasco and St. Raymund of Penafort. Having been sent to Africa he obtained the freedom of many captives; he offered his own person as a pledge for ransom that was not forthcoming in order to preserve from apostasy those whose faith was wavering. When he was set free he was made a Cardinal by Gregory IX and died on his return to Rome in 1240. Before the reform of the General Roman Calendar his feast was celebrated today. 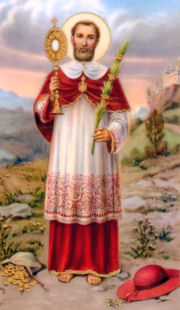