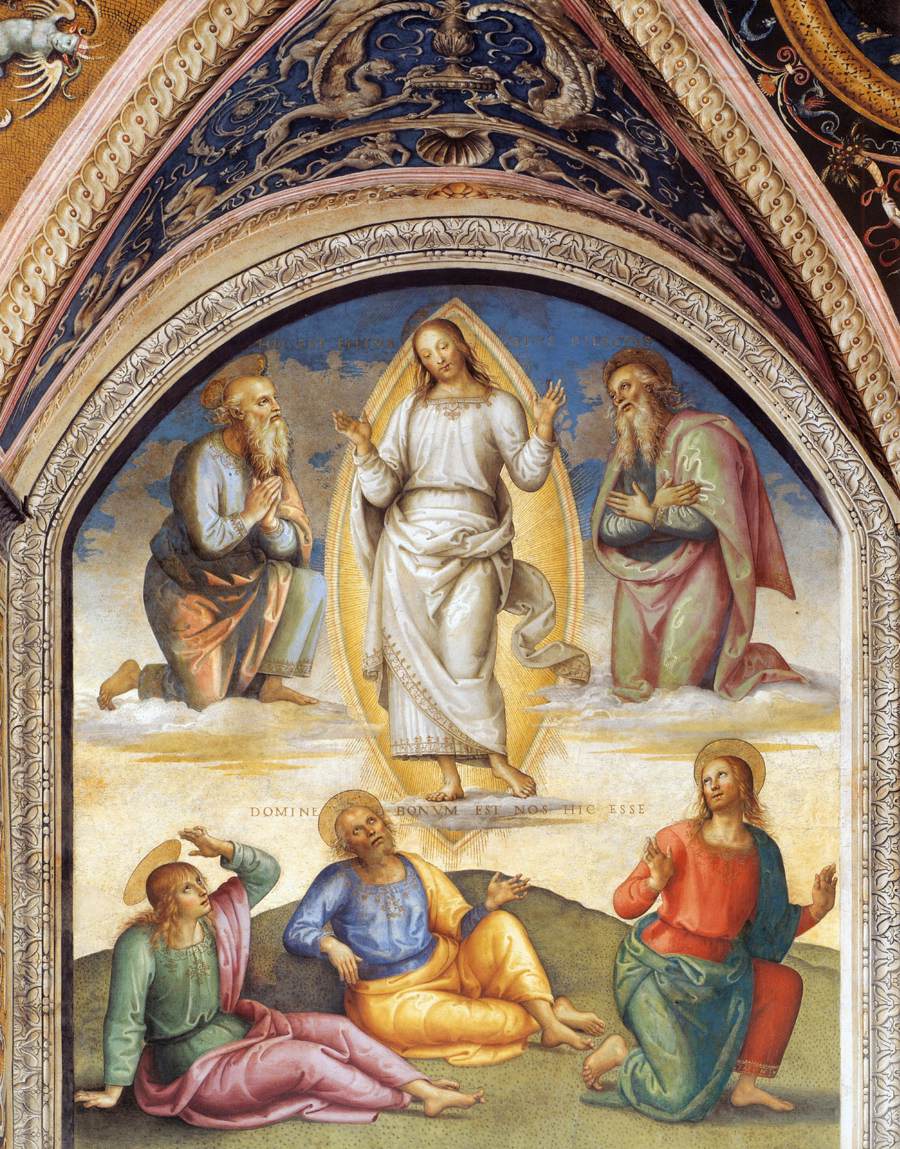 The Feast of the Transfiguration carries my thoughts to grape jelly and weddings. Because the cycle of the Liturgical Year repeats annually, the seasons of the year and family life and memories become intertwined with our celebrations with the Church Year.

The Transfiguration marks one of my sisters’ wedding anniversary in 1994. Her wedding was the first in our family (I have 6 siblings), but being the first wedding makes a big impression. After this date, our family life changed. In some ways this was a little transfiguration of our own family, where we were no longer just the immediate family of nine. The family circle opened wide to add new members. There was a sibling wedding every almost every two years, and the years added many grandchildren.

I love attending Mass on this feast day to contemplate the mystery of the Transfiguration, but it’s also a chance to pray for my sister and her husband on their anniversary.

Grape Harvest and Other Related Foods

I have mentioned in a previous post that there are several “harvest feasts” in August, including the solemnity of the Assumption that marked the blessing of first fruits, such as grapes and wheat. The Transfiguration is also connected with grape harvest, with a special blessing of grapes on this feast in the older Roman Ritual. There is also a connection with the Jewish Feast of Booths or Tabernacles (remembering how Peter said he would erect three tents), which was also a harvest feast.

So few traditional recipes are directly tied to this feast day for two reasons. First, this is a relatively newer feast of the universal Church. It was established in 1457 under Pope Calixtus III for commemoration of the victory of St. John of Capistrano and John Hunyadi over the Turks the previous year. I say “relatively new”, because medieval times really marked so many of our liturgical food traditions.

Secondly, this time of year is in the Northern Hemisphere is hot, muggy, and the beginning of harvest of some of the vegetables and other crops, such as grapes. Cooking is different for the summer months, dictated by coping with the oppressive heat and what is harvested from the garden. Right now we are reaping many tomatoes, which makes a tomato dish a most likely choice for part of the main meal. Or thinking back to the grape jelly, I might not make the jelly or jam, but a batch of biscuits and store-bought grape jelly would be a lovely addition to any meal. (It is obvious my Southern roots are showing when I mention biscuits!)

There aren’t many traditional recipes connected to this feast besides grape related food—especially grape jelly or a glass of wine. Brainstorming for a feast day, I try to think of different aspects to bring home imagery of the feast. I look up the symbols or think of the general image of the feast. White, shimmering, bright foods recalling Christ’s Transfiguration are the first thing that comes to mind. But also the Old Law and the New Law are contrasted within this feast, so can I tie in Jewish foods, or contrast something old vs. new? What about tying in the historical aspect, using Turkish or Italian foods? How about using anything related to the Franciscans and California missions, since St. Juan Capistrano was an Italian and Franciscan, but also one of the California missions?

Dessert could be something white, vanilla ice cream for example, which would be a cooler choice for a summer’s day. Perhaps a baking a cake or cupcakes or brownies and adding white frosting, such as whipped cream, could be the dessert of the day. Puffy, cloud-like white meringue kisses could also be a source of white inspiration. 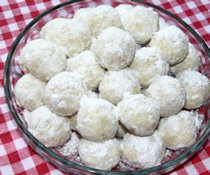 My choice is Mexican Wedding Cakes (also called Russian Tea Cakes) rolled in powdered sugar. These cookies just melt in your mouth, and while the white reminds me of the Transfiguration, the festive cookie and the title “Wedding” reminds me to pray for my sister and her husband on their anniversary.

And while we celebrate this feast with family, let us recall that:

Today we should dwell, not only on the wonderful event which happened on Mt. Thabor two thousand years ago, but also on a fact with which we are seldom impressed: we ourselves are destined one day to be transfigured in heaven. This transfiguration, how. ever, will only come about if during our life we keep our bodies and souls pure and holy, and if, through loyalty to God and His commandments and frequent and worthy reception of Holy Communion which is the sacrament of glorification, we make ourselves more pleasing to God (With Christ Through the Year by Rev. Bernard Strasser, O.S.B., 1947).